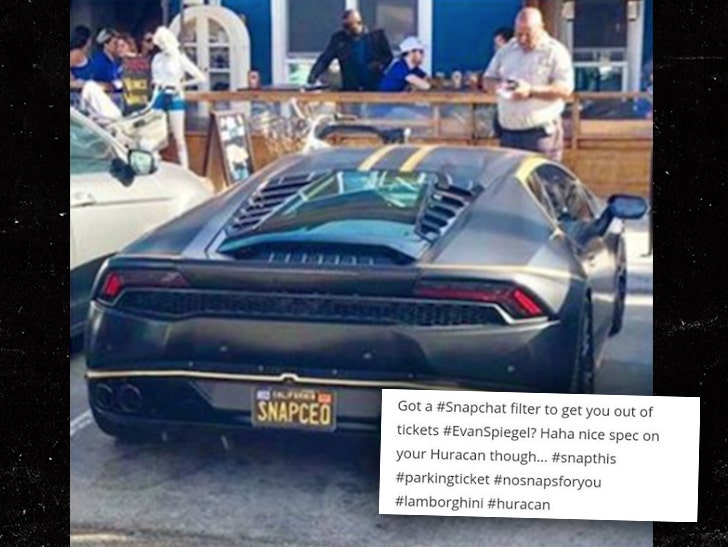 The CEO of a company that begins with "Snap" is a wanted man by residents in a San Fernando Valley neighborhood because he's terrorizing them with his driving ... and they've wrongly targeted poor Evan Spiegel.

The owner of this Lambo is being accused of breaking just about every traffic law known to man ... from speeding to erratic lane changes. Folks in the Chatsworth area have assumed the offender is Evan, because he has the most famous company that begins with "Snap".

"This asshole was flying down vanowen 2 days ago."

"What a jerk! Wondering if you can file an online report?"

"I’ve also seen this jerk once before! He almost hit us when we were pulling out from the shopping plaza at De Soto & Lassen. This was like a month ago but I recognize the f***er instantly!!"

Turns out Evan's getting a bad rap, because we found out the car actually belongs to Snap Liquids CEO Nathan Daneshrad ... whose company sells vape liquid flavors.

We reached out to Nathan ... he had no comment.

As for Evan ... he has an alibi, because he lives in Brentwood and no one in their right mind would hang out miles away from Miranda Kerr. 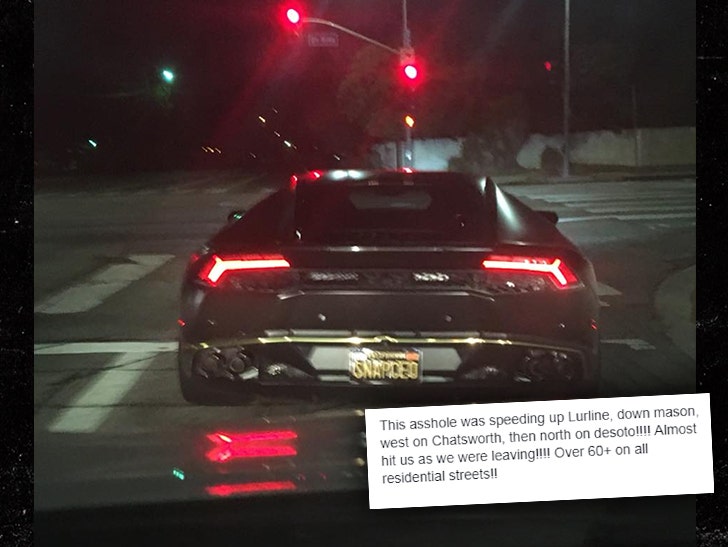 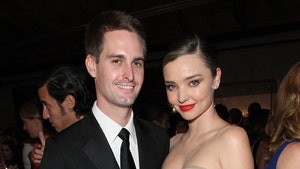 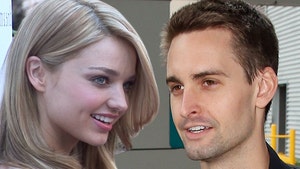