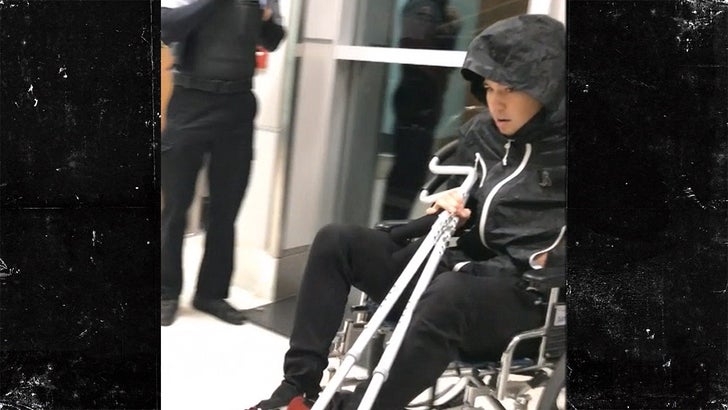 Hopefully it's just an abundance of caution ... but Phoenix Suns star Devin Booker was spotted in a wheelchair -- and clutching crutches -- after suffering a groin injury Tuesday night.

21-year-old Book suffered a strained left adductor during the 4th quarter of the Suns vs. Raptors game Tuesday night ... and he appeared to be in a ton of pain, having to be carried off the court.

Booker was wheeled through the airport in Toronto after the game -- and while he didn't say much, you can see he looks pretty sad.

Hopefully it's nothing serious for the young baller ... he's been off to a hot start in his 3rd season in the Association, averaging 24 points a game. 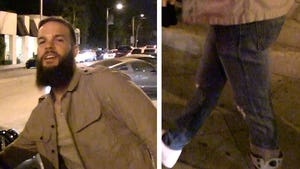 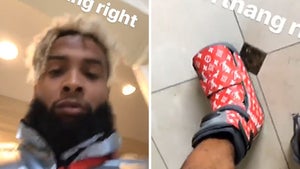