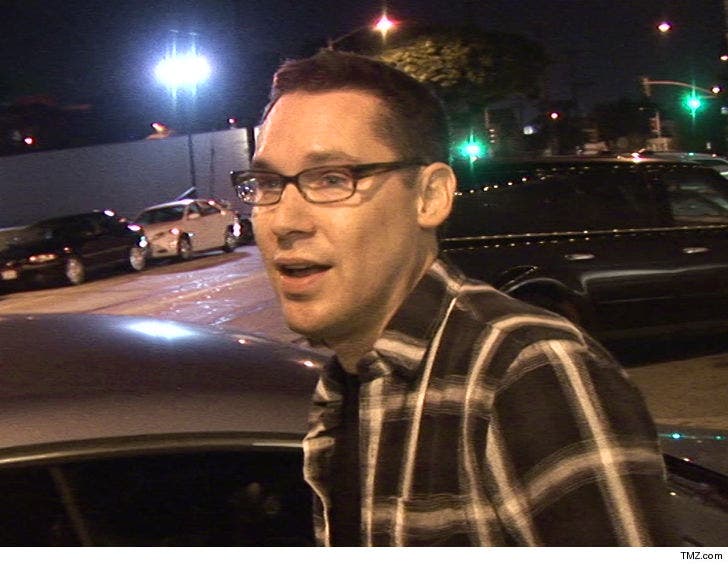 7:15 PM PT -- Singer's lawyer, Andrew Brettler, had some additional comments for TMZ ... "Bryan categorically denies these allegations and will vehemently defend this lawsuit to the very end ... When Sanchez-Guzman filed for bankruptcy only a few years ago, he failed to disclose this alleged claim when he was supposed to identify all of his assets, but conveniently, now that the bankruptcy court discharged all of his debts, he is able to recall the alleged events."

Brettler adds, "The attorney behind this lawsuit is the same lawyer who represented Michael Egan, the convicted felon who sued Bryan Singer in 2014. In the end, Egan was forced to dismiss that case once the facts came out and his story completely fell apart."

Famed director Bryan Singer is being sued for allegedly forcing a 17-year-old boy to perform oral sex on him and then raping him, but Singer categorically denies the allegations.

According to the lawsuit, obtained by TMZ, Singer was on a yacht in the Seattle area back in 2003 ... a yacht owned by wealthy tech investor, Lester Waters. The suit claims it was a party populated by young gay males, including the plaintiff, Cesar Sanchez-Guzman.

The suit claims Singer offered to take Guzman, who was 17 at the time, on a tour of the yacht. When they got to one of the rooms, the suit alleges Singer thrust his body on Guzman, forced him to the floor, shoved Guzman's face against his crotch and demanded he perform oral sex.

The suit claims Singer pulled out his penis, smacked Guzman in the face with it and forced it into his mouth. Guzman claims he pleaded with Singer to stop, but he kept going ... causing him to choke.

The suit, filed by attorney Jeff Herman, claims Singer later approached Guzman, said he was a powerful Hollywood producer and he could help Guzman get into acting as long as he kept silent. Guzman says Singer warned him no one would believe him, and Singer could hire people to ruin his reputation.

A rep for Singer tells TMZ, "The lawsuit was filed by the same lawyer who represented Michael Egan. Those claims were dismissed by Egan himself, and he later went to Federal prison for lying in a fraud case." The rep also says Herman was sued by other defendants related to the Egan case for malicious prosecution and he settled and acknowledged Egan's claims were provably false.