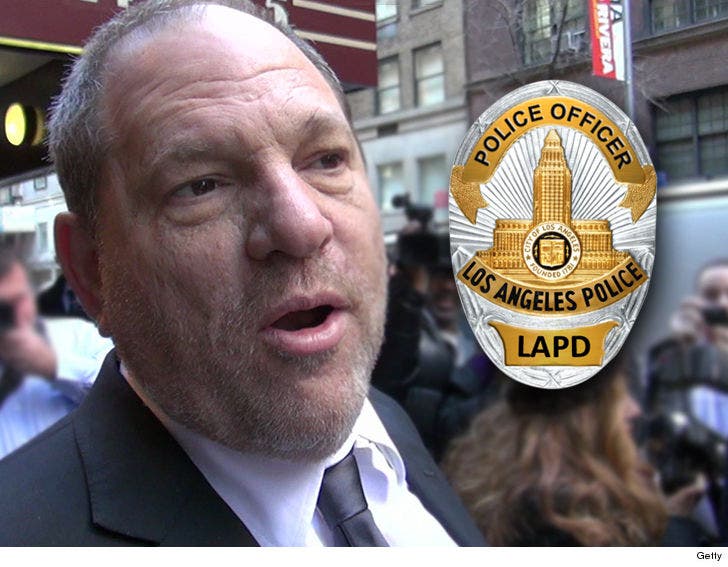 Harvey Weinstein accusers are getting the full attention of the LAPD ... even if the alleged sexual misconduct occurred outside the city of L.A. or is outside the statute of limitations ... law enforcement sources tell TMZ.

Our sources say the Sexual Assault Section of the Robbery-Homicide Unit, which is investigating all of the recent sexual assault cases, is taking a full report on every complaint. If the alleged misconduct occurred outside the LAPD's jurisdiction, the Department is writing a full report and sending it to the appropriate agency. In Weinstein's case, we're told such reports have been written and forwarded to the police in New York City and London.

We're told all complaints that involve alleged acts within the jurisdiction of LAPD are being forwarded to the L.A. County DA. As for allegations that cannot be prosecuted because of the statute of limitations, we're told the LAPD is still forwarding them to the DA, because if Weinstein or others are prosecuted the DA may attempt to admit non-prosecutable cases as "prior bad acts" to establish a pattern of sexual misconduct.

We're told the Unit is writing up every complaint, but allegations against Weinstein are the largest in number.