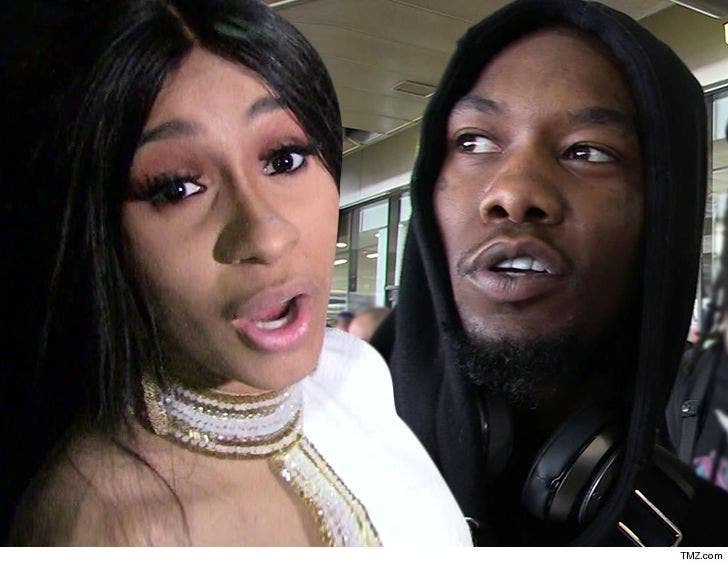 Cardi B already said you couldn't f*** with her if you wanted to -- now that applies to her fiance, Offset, who got hacked this weekend ... 'cause Cardi's coming with legal fire.

Cardi's attorney, Scott Mason, tells TMZ that videos released over the holiday weekend of a nude Cardi, among other videos, were illegally obtained ... and that her team is doing a full investigation to find the culprits.

At least a couple different clips said to belong to Offset surfaced Friday -- the same day Cardi's new single "Bartier Cardi" dropped. One appears to show Cardi dancing naked, and rumor is that it's the beginning of a full-blown sex tape.

Another video shows a separate naked woman in a hotel bathroom, with Offset allegedly behind the camera. Lots of people speculated that Offset had cheated on Cardi before proposing ... but the couple put that to rest with their own parody sex tape.

People keep posting the nude videos of me like if i wasn’t a stripper before 😩😩😂🤷🏽‍♀️You know there’s videos of me stripping with my titties & ass out on YouTube already right 😂?anyways i know i know i got a nice body right 😎

Cardi didn't seem bothered by the fact her nudes were out in the public -- she's an ex-stripper, after all. But she's definitely not cool with the stealing part. Her lawyer says once they find who jacked the footage, they'll pursue all legal remedies under the law. 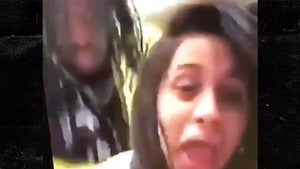 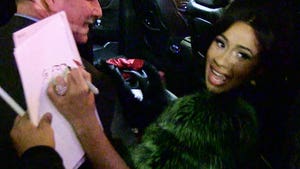 Cardi B Plays Spectator as Middle-Aged Women Battle Over Autograph