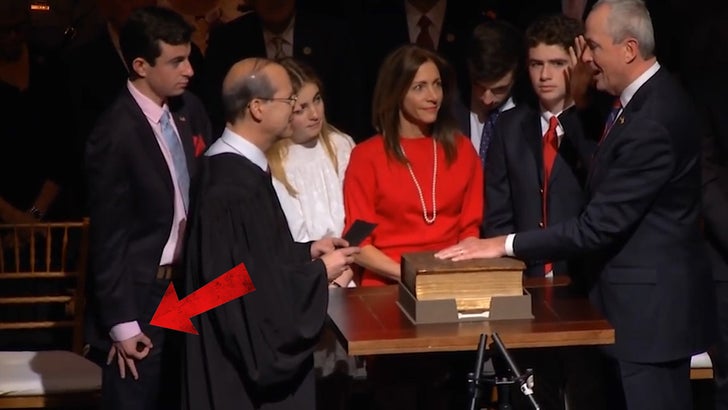 Phil Murphy is officially New Jersey's next governor post-Chris Christie -- but, while he was taking his oath ... the guy's oldest kid was busy honoring "Malcolm in the Middle."

Phil's eldest son, Josh Murphy, flashed the OK sign below his waist for the tail end of his father's swearing-in Tuesday -- which means he was playing the infamous Circle Game.

In case you aren't familiar, the game was made famous by the hit 2000s show in which the characters prank each other by making someone look down at a circle formed below the belt ... which then gives 'em the right to punch the poor sap.

Unclear why Josh did it (a bit too old, no?) ... but, technically, he probably owes most of New Jersey a hard sock to the arm. Us included, actually. 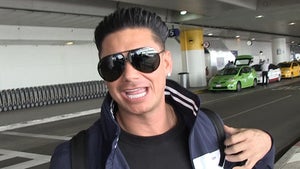 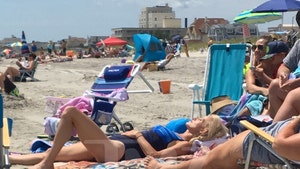