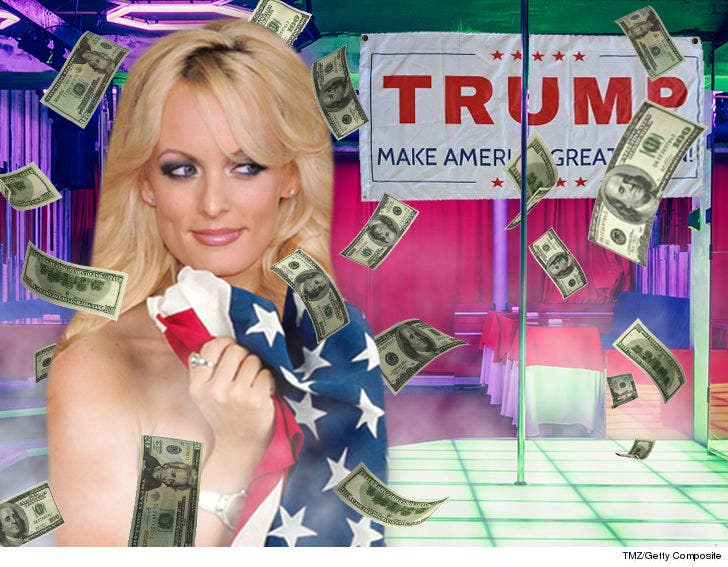 Stormy Daniels opened her big mouth -- about President Trump, that is -- and that proved to be her best career move, because she's now coming to a dance pole near you.

Stormy’s feature dance booking agent, Danny from Centerfold Features, tells TMZ ... he's been getting bombarded with calls from other strip joints who want to book her following a show with a standing-room only crowd at Trophy Club in Greenville, South Carolina.

We're told Stormy -- who said she hooked up with 45 back in 2006 -- is booked solid through June, but Danny anticipates she'll be booked til the end of the year by next week. Some of her future gigs:

Danny says he's been working with Stormy for 5 years now and this is hands down the most sought-after she's ever been. Get ready for the storm ... and some wet conditions.