Tyron Woodley says Nate Diaz calling himself "The Real Champ" is an absolute joke ... and if he's really serious about coming back, they can throw hands RIGHT NOW.

Tyron just had shoulder surgery 5 weeks ago, but he ain't kidding ... explaining why he can whoop Nate's ass at way less than 100% on "The Hollywood Beatdown" (full episode drops this Friday).

FYI, Diaz claimed he's making a return to the UFC in a social media post, saying -- "I'll see you around May, June. Sincerely, The Real Champ."

Tyron says he truly believes Nate's gonna come back ... but does he think Diaz will accept a fight with him after ducking out back in November?

He answers that question on the Beatdown, too. 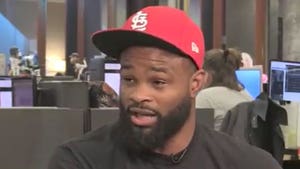 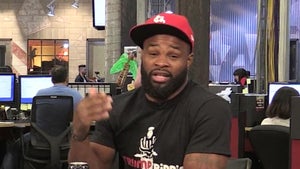 Tyron Woodley to Nate Diaz: I'll Smash You With a Jacked Up Shoulder!