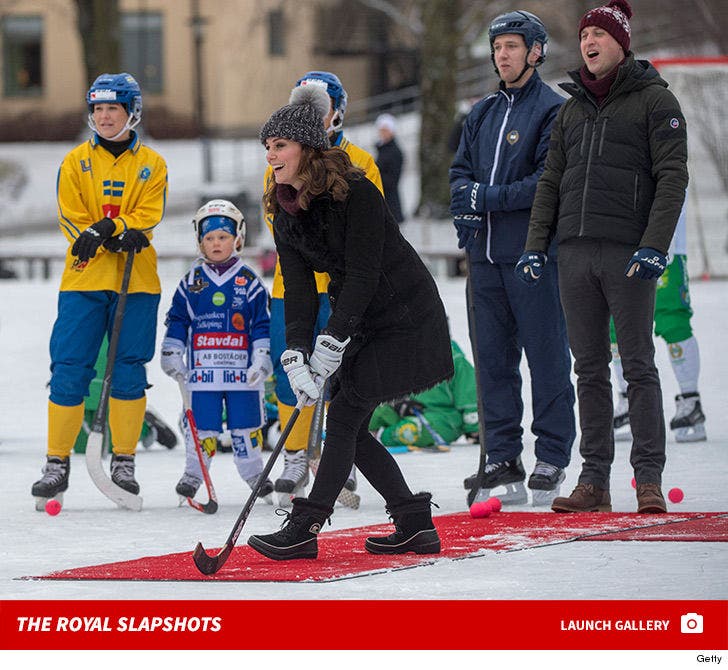 Prince William and Kate Middleton slapped around some balls on the ice this week -- but don't call what they're doing hockey ... 'cause it ain't quite that.

The Prince and the Duchess of Cambridge were seen getting their bandy on Tuesday in Sweden, where they were on a Royal visit from the UK. While there, they were seen hanging with Stockholm team Hammarby IF and trying out the sport first-hand.

It's basically a European version of American hockey -- except they use balls instead of pucks ... apparently with the same slapshot techniques, though.

Kate and Will looked like pros out there ... and looked even better handing out hot chocolate to everyone, too.