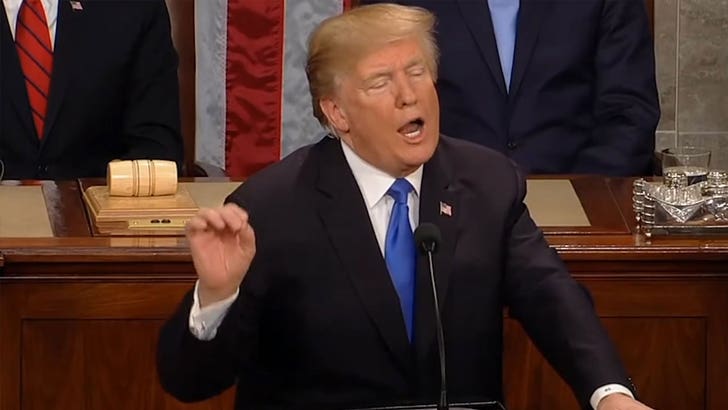 Donald Trump used the State of the Union to take a not so thinly veiled shot at Colin Kaepernick and the NFL ... telling Americans they should all STAND for the national anthem.

Trump was praising 12-year-old Preston Sharp for putting flags on the graves of American military veterans when he pivoted and brought up the anthem.

"Preston’s reverence for those who have served our nation reminds us why we salute our flag, why we put our hands on our hearts for the pledge of allegiance and why we proudly STAND for the national anthem!"

The line drew a roar from the crowd. Trump smiled and pointed.

Of course, Trump's been on a tear against Colin and the NFL for months -- and previously said any player who takes a knee during the anthem should be punished by the league.

He also referred to a player who kneels as a "son of a bitch" and called for them to fired. 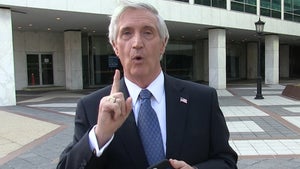