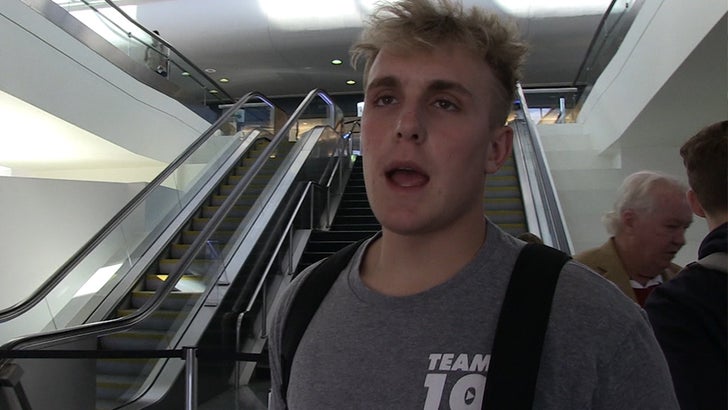 Jake Paul isn't making excuses for his big brother, Logan Paul ... telling us YouTube's got every right to drop the hammer, and says his brand hasn't gone unscathed by Logan's antics.

We got Jake Monday at LAX and asked if he thought Logan was getting a fair shake from the platform, which suspended ads on Logan's channel and shelved upcoming projects.

Jake says he gets where YouTube is coming from with its reaction to Logan's latest controversial video -- in which he uses a taser on dead rats. According to him, the company's just protecting its bottom line. He added, his own brand is taking a hit.

As for possibly helping Logan? Doesn't sound like Jake's jumping to do anything ... on camera, anyway.