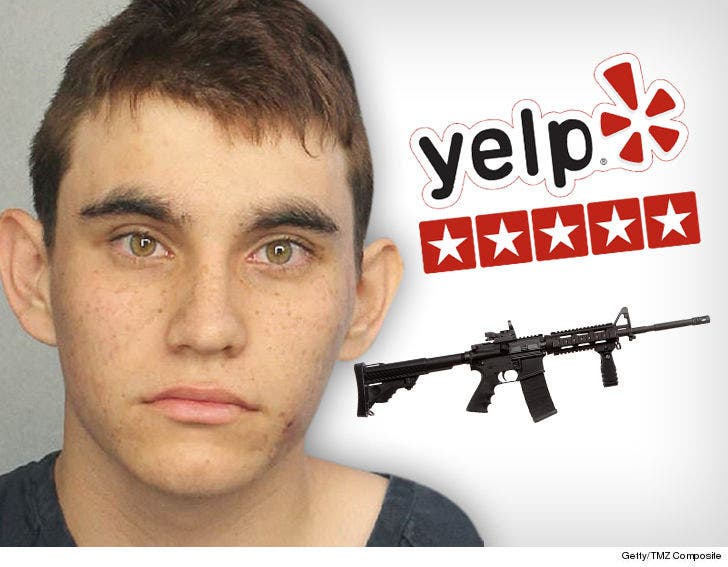 The Florida gun store that sold Nikolas Cruz the weapon he used to kill 17 people is getting attacked online by people blaming them for the massacre, and it's gotten so bad ... Yelp's offering the business some protection.

Sunrise Tactical Supply sold Cruz the AR-15 a year ago. Although cops say the sale was completely legal, the backlash against Sunrise has been swift and severe on its Yelp page. Some commenters call the company "merchants of death," and say it's "complicit" in the Florida shooting because they sold the rifle to an 18-year-old "with mental problems."

Not shockingly, they're also getting a wave of 1-star reviews. 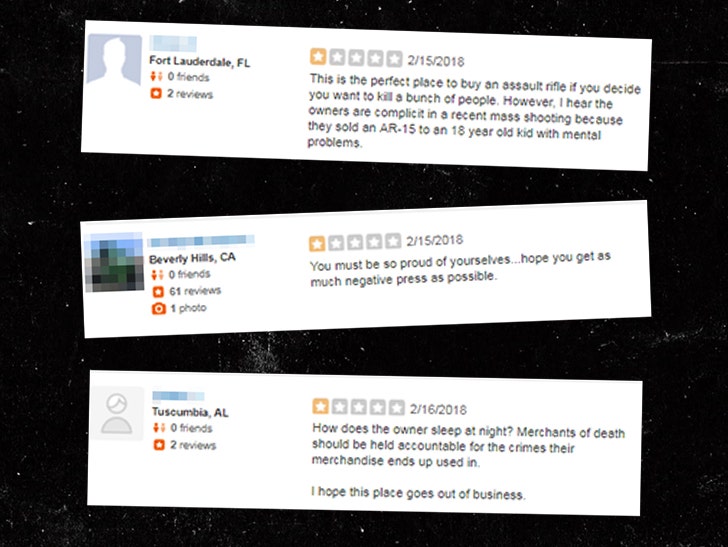 A Yelp rep tells TMZ ... they've now placed an active cleanup alert on Sunrise's page to remind users that comments not based on firsthand experience will be removed. We're told the goal is to "shield businesses from online harassment" as a result of media attention.

Doug Rudman, the attorney for Sunrise Tactical's owners, tells us the ATF has exonerated his clients and made it clear they the sale to Cruz was completely on the up-and-up. Until further notice, however, it is reported that the shop is closed indefinitely.