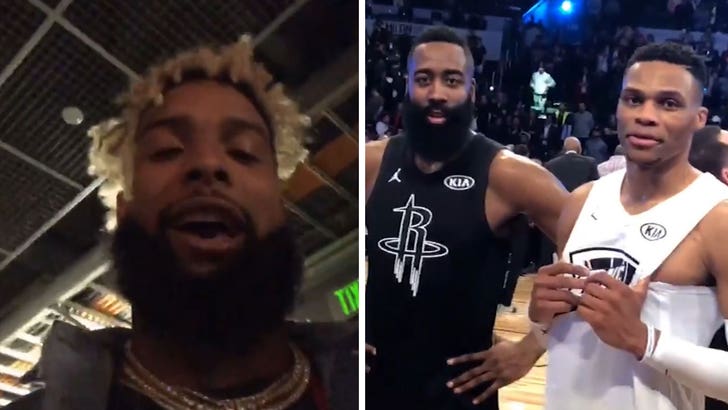 Odell Beckham Jr. came out FIRING on his NBA bros from courtside at the All-Star game -- from James Harden to Russell Westbrook to Victor Oladipo -- and it was pretty damn hilarious.

To Dipo: "Little Foot! I seen you on 'Land Before Time' before!"

To Russ: "You like a human turtle man -- Donatello."

To Team Steph (when they threw away the game): "YEEEEESSSSS!!!"

Odell also might've poked fun at Kyrie Irving's infamous flat-earth theory ... enlisting the help of Dave Chappelle to joke about the moon not being real. 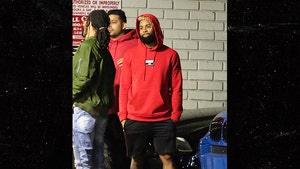