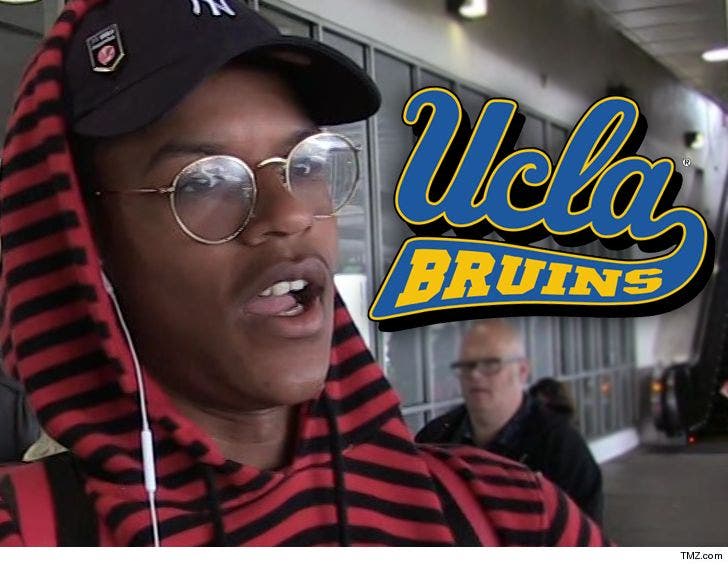 Here's a reason to 8-clap ... Shareef O'Neal is "leaning toward signing with UCLA" after pulling his commitment to the University of Arizona ... sources tell TMZ Sports.

O'Neal -- the high school superstar son of Shaquille O'Neal -- decommitted from Arizona over the weekend after reports surfaced that Arizona coach Sean Miller was caught on an FBI wiretap discussing making a $100,000 payment to a huge recruit.

Shareef is one of the best high school players in the country -- and the move made top programs around the country salivate at the mouth hoping to score a top prospect who has absolutely NO REASON to be involved in a pay-for-play scandal (his family's got way too much money for that).

Multiple sources connected to O'Neal tell us he's been considering a couple different schools -- mostly Pac-12 programs -- but right now, UCLA is in the lead.

Of course, he can always change his mind ... 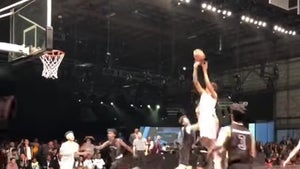 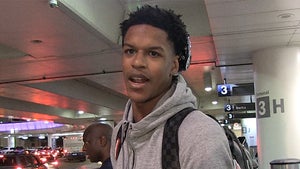 Shareef O'Neal Says He Loves LeBron, But Lakers Are His Dream Team