Charles Barkley says college basketball is still GREAT because it helps black kids get a free college education -- and he dismisses the NCAA recruiting scandals as a few bad apples.

"The NCAA has some issues," Barkley told Adam Glyn in NYC ... "but what about all those kids who got to go to college for free?!"

"There's a few guys who are corrupt, I understand that. But, I always look at the big picture."

"I want all them young black kids getting their free education!"

The NCAA has been under fire recently after several high-profile players and programs were allegedly involved in schemes to pay players ... sometimes the payments reached 6 figures.

As for how Barkley would fix the system -- he says it's not as simple as just saying, "Pay the athletes."

Barkley also weighs in on Shareef O'Neal -- and where he thinks LeBron James should end up. 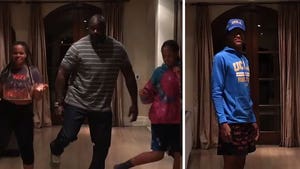 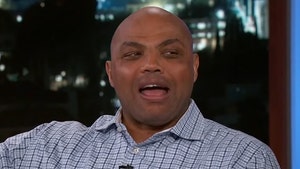 Charles Barkley Admits He Played One NBA Game Drunk As Hell, Here's Why ...