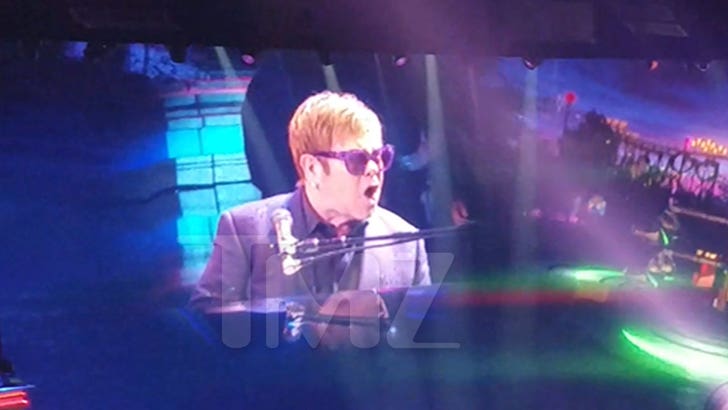 Elton John's still down to fight unruly fans -- Saturday night or not -- if they get onstage and refuse to keep their hands to themselves.

Sir Elton got pissed off, and stormed off his stage Thursday night in Las Vegas, right in the middle of his classic, 'Saturday Night.' Typically, he lets fans gather around his grand piano while he plays it, but a couple of 'em got way too close for Elton's comfort.

After an expletive or two -- off mic, of course, he's a pro -- EJ stormed offstage. You'll recall, he also took a shot during this song a couple weeks ago.

The crowd was pretty sure the show was over, but Elton came back to let 'em know there would be no more fan interaction. He blurted out, "You f**ked it up!" ... and then played "Circle of Life."

Rocket man, burning out his fuse up there alone.