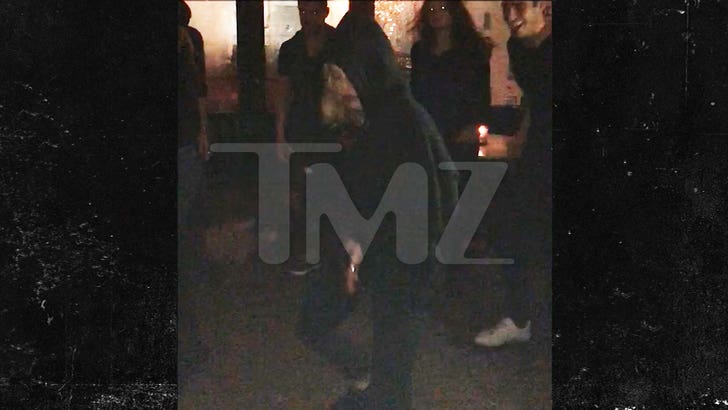 Madonna let the music take control and found herself in a dance-off ... but she had the upper hand because she was grooving to her own hit track.

Madge hit the dance floor at Catch NYC late Thursday night while celebrating the birthday of her lead dancer, Loic Mabanza. She showed up after midnight with a large Gucci gift bag for Loic, and partied with the crew on the rooftop ... even when the DJ got personal by playing "Everybody."

That's usually a party faux pas, but Madonna and Loic were into it.

We're told Madonna stayed on the floor for a while -- dancing, not only to her classics, but also current hip-hop. We're told DJ Tom Macari was behind the hot playlist. Madonna also showed people pics of her daughter, Mercy James, too.

Jeezy was also in attendance, and snapped a pic with his fellow 'born legend.'