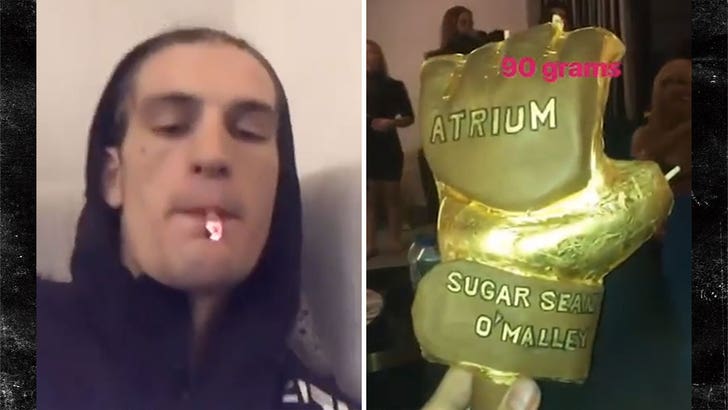 "Sugar" Sean O'Malley put on a weed-smoking CLINIC at his UFC 222 after-party -- taking down blunt after blunt, including a UFC-themed super-blunt ... and it's all on video.

After piecing up Andre Soukhamthath ﻿to go to 10-0, the UFC's newest star broke out his signature "Sugar Show OG" strain ... and got down to business with some bros in Vegas.

The reefer madness wasn't just for fun, either -- O'Malley legit needed the herbal meds after wrecking his foot during the fight.

But, Sean wasn't satisfied with puffin' on some regular ass blunts ... so he busts out a golden blunt the size of a UFC glove!!!

O'Malley claims there were 90 grams in the thing -- and we're not about to second-guess him.

No sign of Sugar's boy, Snoop ... guessing he'd be proud. 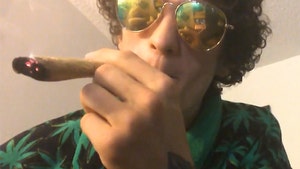 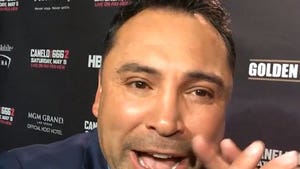 Oscar De La Hoya Changes Tune on Floyd, 'Can Do Well' in UFC