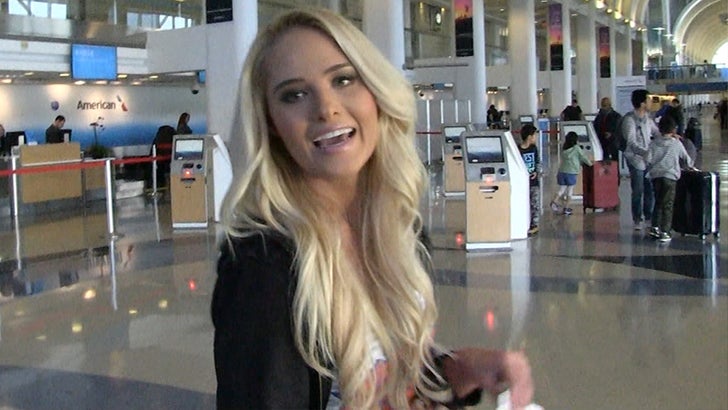 Tomi Lahren's probably better off reading from a teleprompter, because she now says the social media post about kicking her dog was a joke that just fell on deaf ears.

We got Tomi at LAX Wednesday and asked her point-blank ... did she actually kick her dog, Kota, 5 times because she was making too much noise during Tomi's appearance on "FOX & Friends"? Remember, it was Tomi's own video of herself berating her dog for loudly chewing a bone that got her in trouble, anyway. 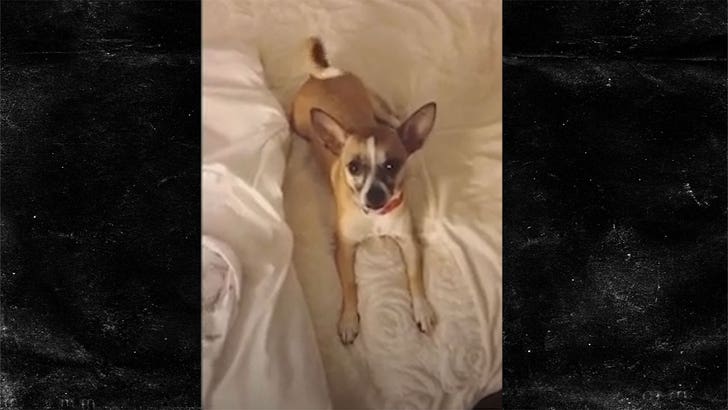 Tomi denied abusing Kota, and said anyone with some logic would know she was joking.

She claims people are overreacting -- to HER SAYING she kicked her dog -- and did her best to prove she's a loving pet owner. Tomi tried to chalk this all up to a slow news day, but truth is the timing of her "joke" sucked.

Unless, somehow, she hadn't heard about United's dog issues.