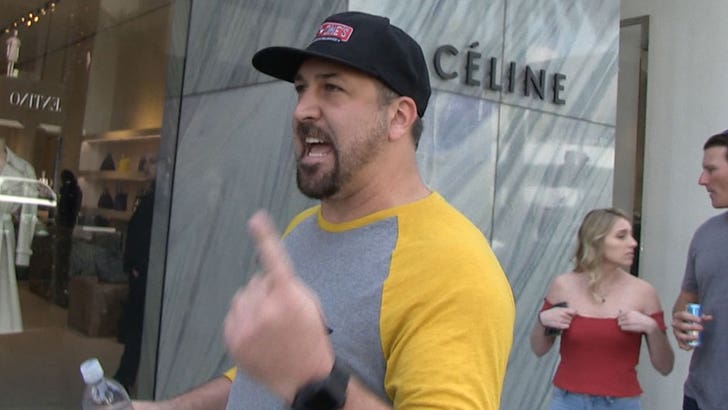 The boy band era is over, but the smack talk remains -- because Joey Fatone is telling the world if his crew ever had to face the Backstreet Boys in hoops, they'd make them go "Bye Bye Bye."

We got Fatone out in Beverly Hills and showed him footage of his ex-bandmate Justin Timberlake draining half-court shots, and asked him if JT really has the goods on the court.

Fatone said yes, but things got really spicy when we asked whether or not the rest of 'NSYNC could ball. More specifically, if they could take out the Backstreet Boys in hoop-life warfare.

"There's no think so. You tell that to Nick Carter."

BTW, we found some footage of the two crews playing back in the day. It ain't exactly Lakers versus Celtics ... 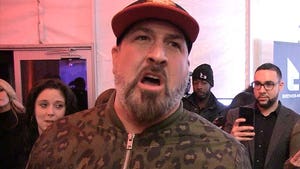