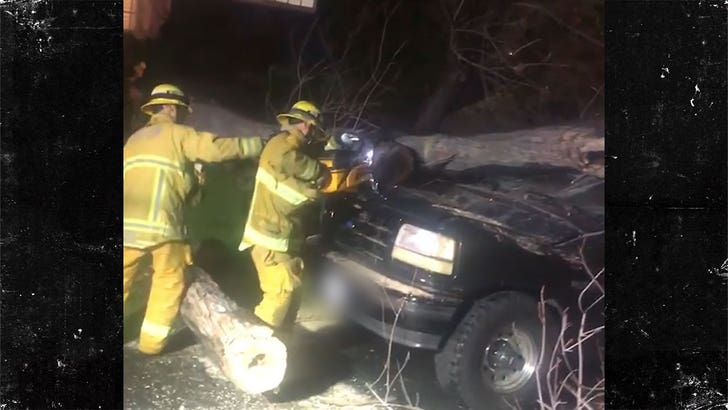 Mark Curry's learning the hard way ... Ford Broncos went out with O.J. Simpson -- something Mother Nature had to pound into the comedian's head ... and his SUV.

The "Hangin' with Mr. Cooper" star fell victim to a huge tree falling over Wednesday during the massive rain storm blowing through the L.A. area. The tree was so big the fire department had to come out for cleanup duty, but the video is pretty bizarre. They had a huge circular saw for the job, but instead of chopping up the tree ... they buzzed through Mark's Bronco! 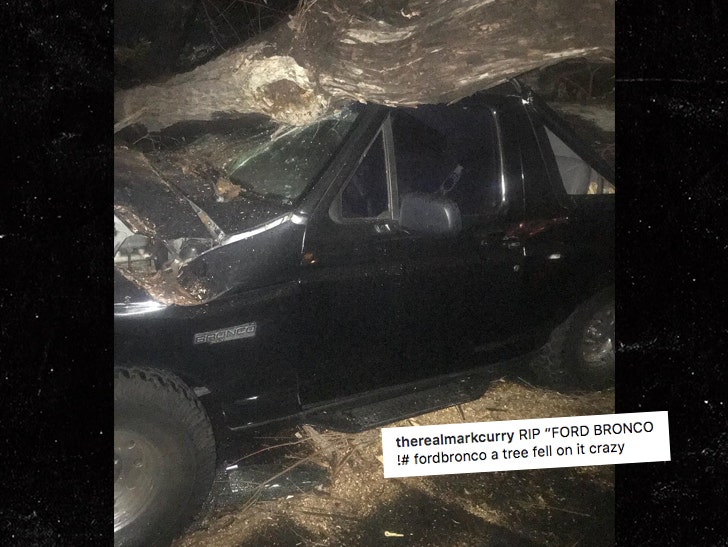 He didn't seem to be too bent out of shape over it. Pretty sure it's totaled, especially with the giant sawing of its hood.

Mark got the Bronco back in 1995 -- on the heels of O.J.'s infamous low-speed chase. We suspect Mr. Cooper's gonna be hanging with a car salesman today. 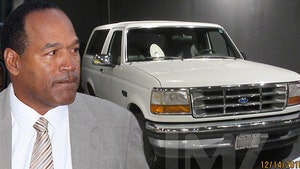