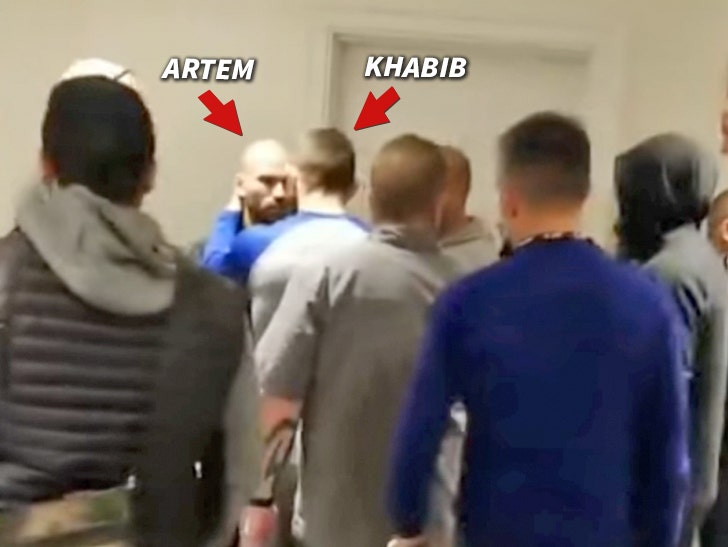 UFC star Khabib Nurmagomedov ﻿just got into an intense, face-to-face verbal sparring match with one of Conor McGregor's BFFs/training partners ... and the whole thing's on video!

Unclear what exactly triggered the scuffle, but Khabib and UFC fighter Artem Lobov crossed paths at the fighters' hotel for UFC 223 in NYC ... and things got REAL quick.

Immediately, you can see Khabib getting all up in Artem's grill as they exchange words in Russian and English ... and their teammates are forced to jump in.

At one point, it looks like Nurmagomedov slaps Lobov straight in the dome before they're separated for a final time ... and Artem walks away.

FYI, Khabib ripped McGregor on Monday, saying he should've stepped up to replace Tony Ferguson at 223. Of course, Max Holloway ended up getting the fight vs. Khabib.

Unclear where Conor's at right now ... but you can bet he ain't gonna be happy when he sees this. 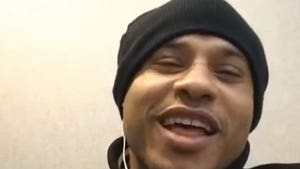