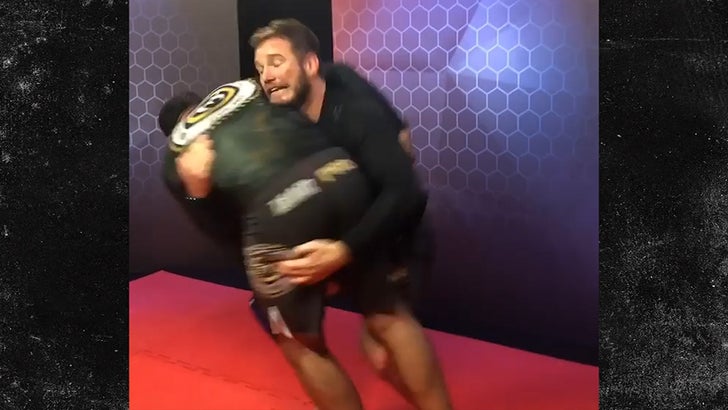 Chris Pratt's Hall of Fame MMA tour has hit Sao Paulo, Brazil -- where the Hollywood stud is takin' on (and takin' down) ANOTHER former UFC heavyweight champ!!

You might remember ... a few months back, the 'Guardians' star was at Jay Glazer's Unbreakable Gym in L.A. -- he's a member -- to grapple up with Randy Couture, and did pretty damn well since he used to be a legit amateur wrestler.

This time, Pratt took some time off his "Avengers: Infinity Wars" press tour to practice his double-legs on one of Brazil's most legendary fighters -- Antonio "Minotauro" Nogueira!

Chris says he also trained with Minotauro's twin bro, Antonio Rogerio Nogueira ... and couldn't be more thankful for the sesh with two of MMA's GOATs.

Watch your back, evil Marvel dudes. 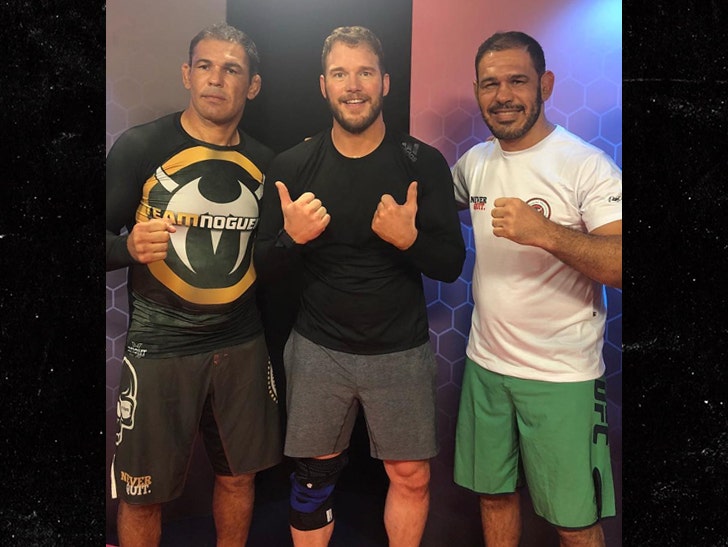 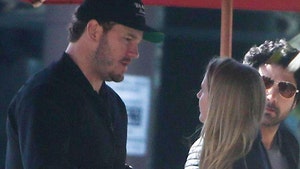 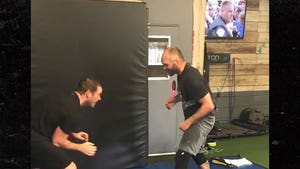