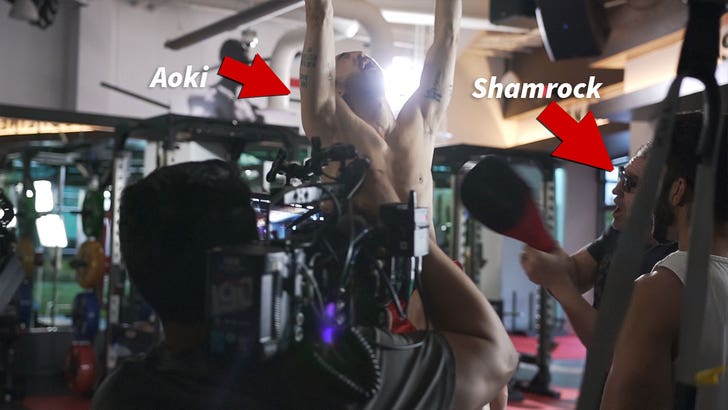 Here's video of UFC Hall of Famer Ken Shamrock schoolin' Steve Aoki ﻿on the finer points of being a fighter -- like taking shots STRAIGHT TO THE BALL BAG.

The painful intro-to-MMA sesh went down at the UFC Performance Center in Vegas ... where Steve was filming a music video for his new EDM collab with Laidback Luke, "It's Time" (get the reference?).

Ken, who was playing Aoki's trainer, was slappin' abs on a core workout when he missed low ... and Steve immediately tapped out on account of the "electric shock across my whole groin." 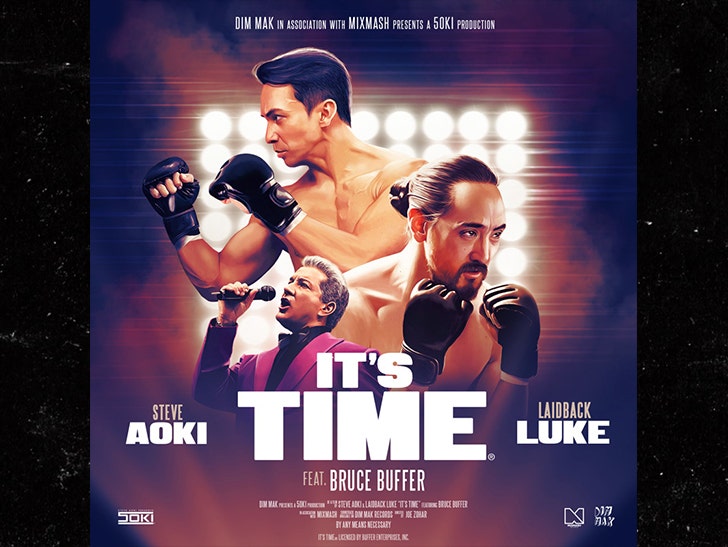 The full video -- ft. an Aoki vs. Luke DJ superfight and Octagon announcer Bruce Buffer -- drops on Friday ... but we got a sneak peek for all you candy kids.

Fun fact: Laidback's a WORLD CHAMPION Kung-Fu fighter ... so we hope Shamrock taught Steve some other MMA skills, too. 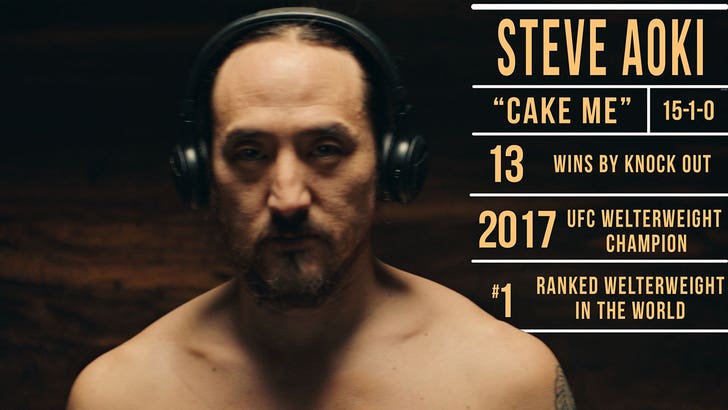 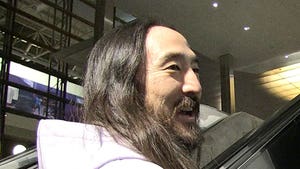 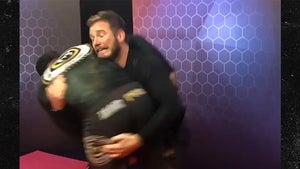