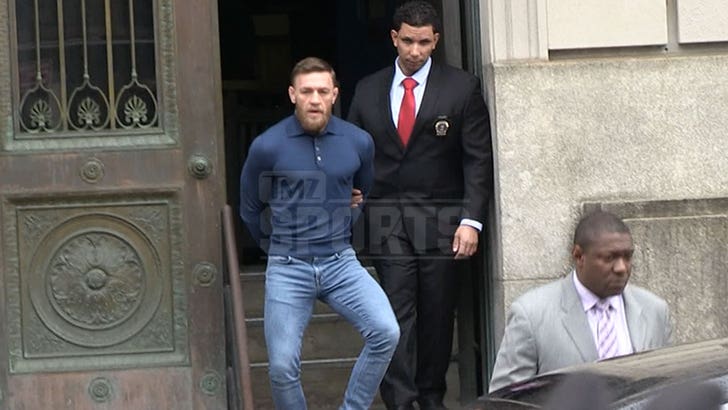 Conor McGregor was just escorted out of an NYPD precinct in Brooklyn -- wearing handcuffs ... and TMZ Sports has the footage.

McGregor was arrested late Thursday night for attacking a UFC bus with a dolly -- shattering a window and injuring multiple people, including UFC fighters Michael Chiesa and Ray Borg.

He was arrested for misdemeanor assault and felony criminal mischief and spent the night in the precinct.

McGregor is NOT being released -- he's being transported to court where he will be arraigned. 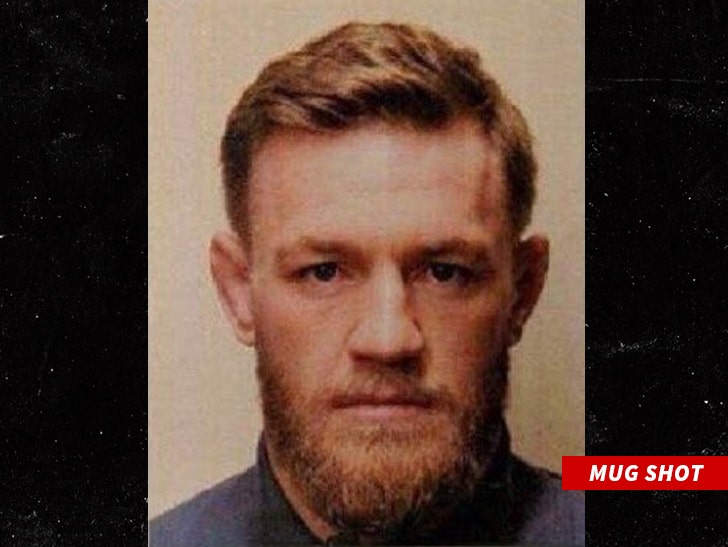 Dana White previously told us McGregor is in a ton of trouble ... and outside of the criminal case, he'll likely be sued by several people involved in the incident.

White also told us his fighting future is in jeopardy ... but would not say if the UFC will cut ties with Conor going forward. 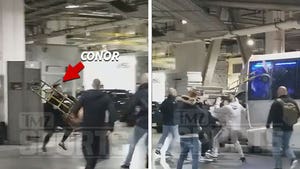 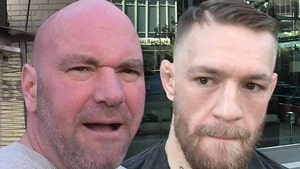