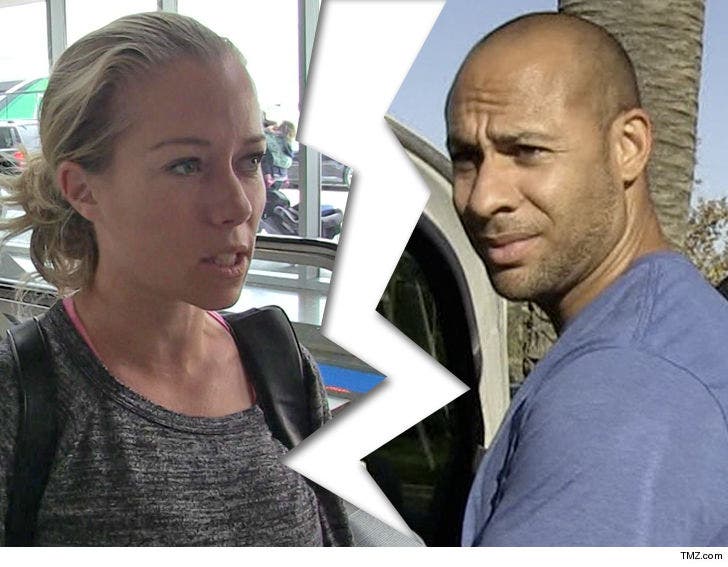 3:35 PM PT -- Kendra lists the date of separation as January 1, 2018 and is asking for joint legal and physical custody of their two kids. She also wants to legally restore Wilkinson as her last name. As for spousal support ... that'll be determined at a later time.

Kendra Wilkinson pulled the trigger on ending her marriage to NFL star Hank Baskett ... she just filed for divorce.

Kendra filed papers Friday to end the matrimony. She cites irreconcilable differences as the reason for the divorce ... this according to legal docs obtained by TMZ.

They have two kids -- 8-year-old Hank IV and 3-year-old Alijah. They got married back in 2009 at the Playboy Mansion ... with the late Hugh Hefner in attendance.

As we reported ... Kendra posted several emotional videos Monday confirming the split. She broke down in tears ... saying she's scared but will always love Hank.

There had been rumors in recent months that Kendra and Hank's relationship was on the rocks, signaling a split was imminent.