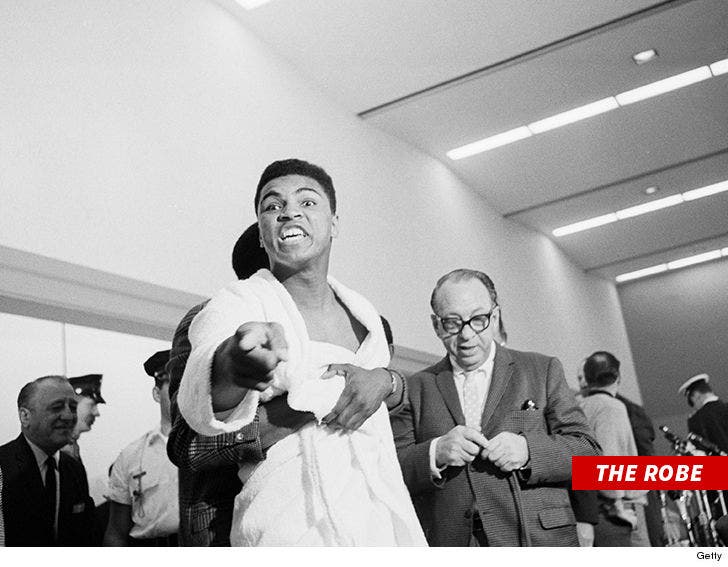 The robe Muhammad Ali wore on the night of his world-famous "phantom punch" 1965 fight against Sonny Liston is about to hit the auction block -- but it ain't gonna come cheap!

Goldin Auctions is putting the historic ringwear up for grabs with a starting bid of $75k ... but we're told the terry cloth robe with "Muhammad Ali" stitched on the back should fetch a quarter mil, at least!! 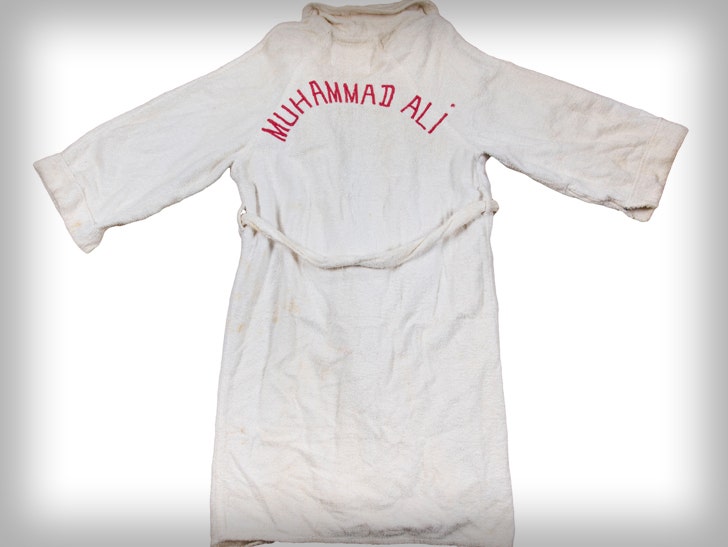 It ain't hard to see why -- Ali's rematch vs. Liston was one of the biggest fights in The Greatest's career. It was also his first bout after becoming a Black Muslim ... and recognizing himself as Muhammad Ali instead of Cassius Clay.

"The historical significance of this robe is tremendous, not just for its link to one of the greatest fights in boxing history, but also for the cultural impact Ali’s religious beliefs made," G.A. tells TMZ Sports.

The fight also spawned one of the most iconic images in sports history -- Ali standing over Liston after KO'ing him with the "phantom punch."

FYI, if you're worried about authenticity, the robe comes with a notarized letter of provenance from the guy who got the threads straight from Ali's trainer, Angelo Dundee. 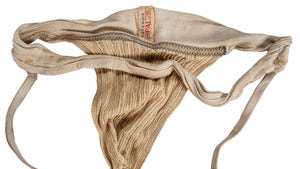 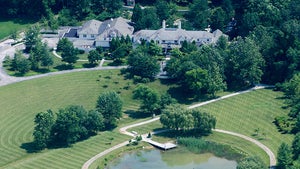