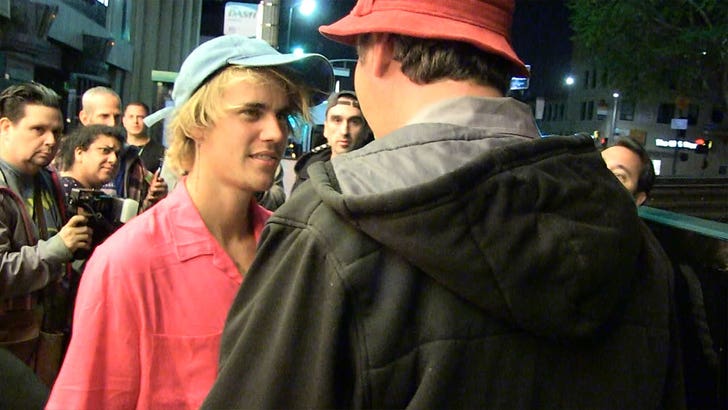 Justin Bieber might be back in touch with the Lord, but he apparently has no patience for would-be swindlers trying to make fake a quick buck.

Biebs was leaving L.A.'s El Rey Theatre Tuesday night -- after "An Evening With Adam Sandler" -- and a strange man was standing at his SUV waiting to hand him something -- a $100 bill, or so it seemed.

JB exchanges words with the guy, and seems to be irritated by the offer ... and then tries squeezing by him to get in his SUV. The dude holds his ground, and Bieber tells him to get the hell out of the way. The guy scrams after that ... leaving Justin with the bill.

It wasn't in his hands for too long, though. He threw it out before slamming the car door shut. We're told the bill was a fake ... just don't tell that to the guy who was way too happy to grab it. 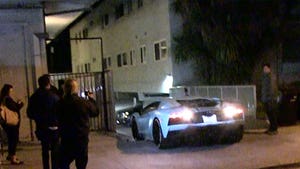 Justin Bieber Finally Figures Out His Lamborghini Aventador, in Reverse