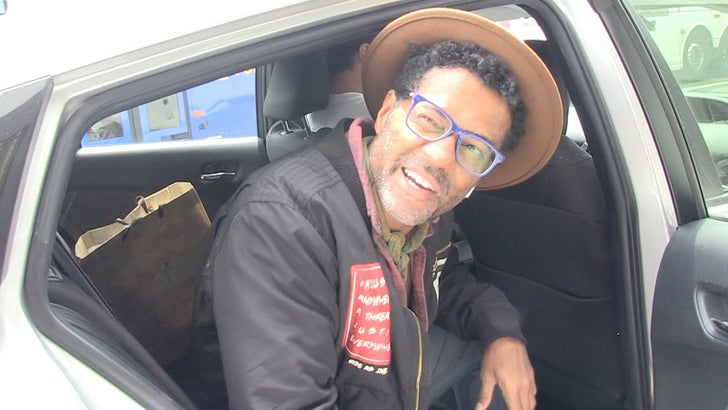 Eric Benet really WANTS to say Kanye West doesn't have to worry about Crips catching up with him in Calabasas -- but you can tell, he's just too unsure to actually say it.

We got the R&B singer Monday at LAX, where we asked him about Daz Dillinger calling for gang members to "f*** up" Ye on sight ... due to his renewed love of President Trump.

Eric doesn't live too far from Kanye, so he's got a vested interest on several levels -- and admits even their normally peaceful neighborhood might not provide enough cover or security for Kanye.

He was definitely startled by the news and sends Kanye some well wishes.

As Eric put it ... is there enough security anywhere when the Crips are involved?