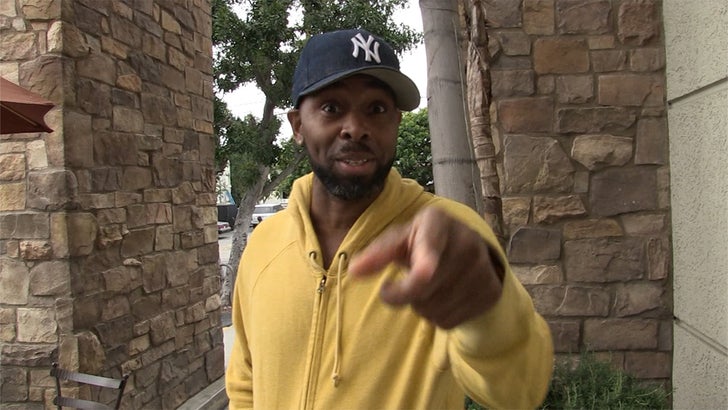 "Last Comic Standing" star Ty Barnett is HOT over Kanye West saying 400 years of slavery was a choice black people made -- and says Chicago should be done with the rapper.

Ty, who's from Chicago, was in Hollywood Tuesday when he tore Kanye a new one, and not just for the slavery comment. He's also pissed Ye had the nerve to bash former President Obama for not doing anything to help their hometown.

While Kanye's tried to clarify some of the controversial comments he made on "TMZ Live" ... Ty's not having it, and says Mr. West needs to shut up and let a different Chi-Town rapper take the lead.

Of course, Ty used a few more effs when he said it.