Dallas Cowboys coaches had a heated meeting about the team's decision to take a knee as a team last season with one coach saying, "Who gives a f**k what the President says."

It's all part of a docuseries featuring the Cowboys called "All or Nothing," which featured a look inside a real team conversation surrounding the anthem protest.

Before the Sept. 25 game against the Cardinals -- days after President Trump made inflammatory comments about players kneeling for the anthem -- Jerry Jones told the team he wanted everyone to take a knee in unity before the song. But he made it clear, when the music plays, "I want you to stand."

"I want us to, in front of God and everybody, walk out there together, all of us, and kneel down in the name of unity."

After the game, head coach Jason Garrett talked to his coaching staff about the team's show of unity ... and it got intense.

O-line coach Frank Pollack says ... "What happened to blocking out the f*cking noise? Who gives a f*ck what the President says?"

Aside from being a look inside how a team handled the controversy ... it's possible the footage could be used in Colin Kaepernick's collusion case against the NFL ... to illustrate the Cowboys' feelings towards the anthem protests. 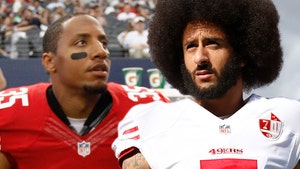 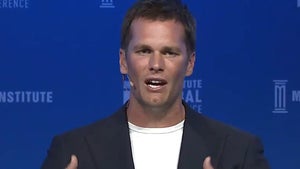