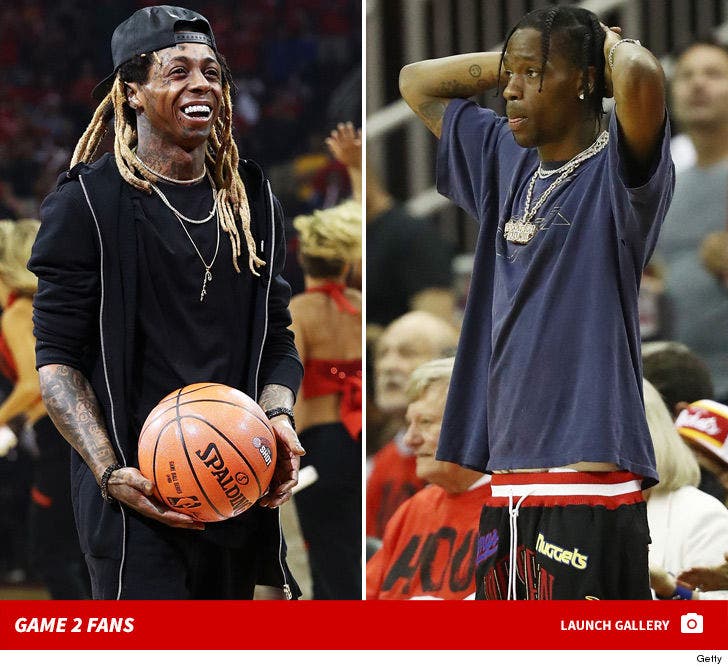 Here's a lesson in fandom straight from two of the biggest hip-hop stars in the world ... Lil Wayne & Travis Scott.

Both men attended the Warriors vs. Rockets game in Houston Wednesday night ... a game in which the Rockets completely dominated the Warriors, blowing KD and Steph out by over 20 points.

Travis Scott is from Houston, and you can tell because, even in a game where the Rockets never really had a chance of losing ... the dude is fanning it up, looking nervous the entire time.

Lil Wayne, on the other hand, is from New Orleans ... making him a proud Lakers fan (we don't know why) so his mug during the game is all smiles, no worries.

Chill out, Travis ... you guys won. Now you just gotta go get 1 at Oracle. 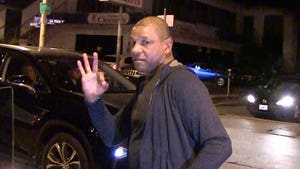