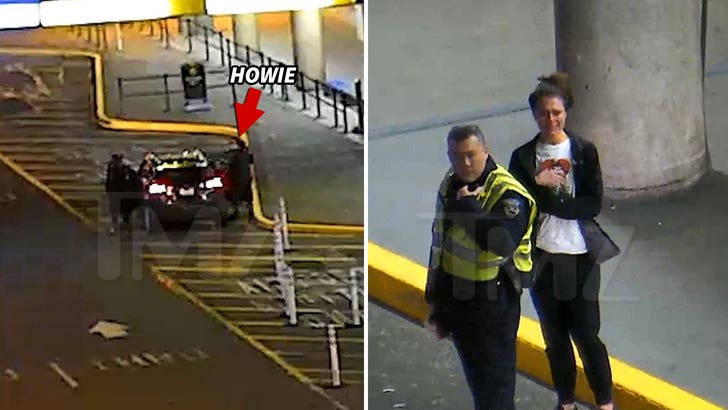 Singer Howie Day's flip out on his longtime girlfriend, including at least one shove, was captured by surveillance cameras moments before he was arrested for domestic violence.

TMZ's obtained video of the incident that went down last month at the Seattle airport, where Howie threw a violent tantrum when Carrie Pencek, his gf of 8 years, came to pick him up. You can see him kicking the hatch of his Toyota RAV4 ... and slamming his guitar case and luggage onto the sidewalk.

As we first reported ... cops say Howie -- who scored a huge hit in 2004 with "Collide" -- was arrested at home later that night for fourth-degree assault.

The video shows Howie getting in and out of the car, and slamming doors as well as the hatchback. Carrie eventually bails to flag down a cop, and was visibly shaken. Howie also took off ... which is why Seattle PD had to nab him at home. He entered a not guilty plea. 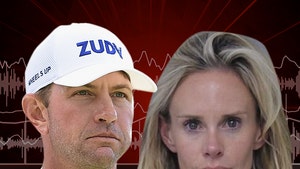