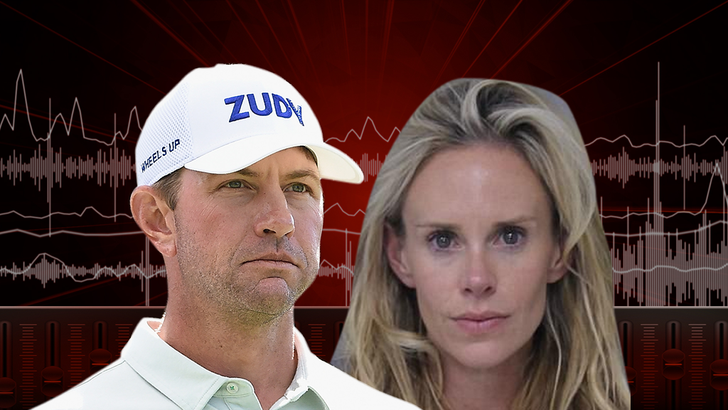 TMZ Sports has obtained the 911 call in the Lucas Glover domestic violence case ... and there are wild allegations being made by both the PGA star and his wife.

Krista Glover initially called 911 on Saturday to report she had been attacked by her mother-in-law at the Florida home they were renting while Lucas was playing in the Players Championship golf tournament.

"I've been attacked by my mother-in-law," Krista told the operator ... "She's locked herself in the room and attacked us."

A short time later, Lucas spoke to the operator and says his wife was LYING.

"She's trying to blame it on my mother which is not the case at all," Lucas said ... "My wife has gone crazy."

The operator tells Lucas cops are on the way -- but he tries to stop that from happening, "I don't think anybody needs to come out here, thank you though."

Eventually, cops arrived to the home and determined Krista was the aggressor and had gotten physical with Lucas' mother. She was arrested for domestic violence and cops say she continued to rage on police while they were trying to place her in custody.

Lucas has since issued a statement saying he's trying to work things out with Krista.