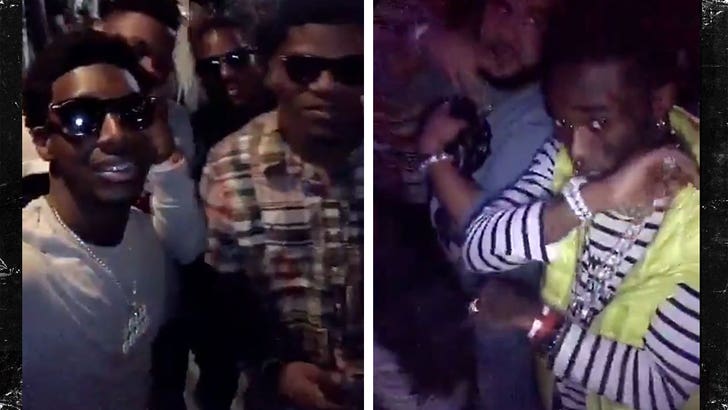 Baltimore Ravens rookie QB Lamar Jackson has touched down in L.A. -- so, of course, he's gotta party with a celebrity!

21-year-old Jackson -- along with fellow 1st round draft pick Calvin Ridley -- hit up Hyde on the Sunset Strip ... where they raged with rap star Lil Uzi Vert!

The funniest part ... Jackson's wardrobe -- dude was allowed inside despite the fact he was rockin' Adidas slides!

Didn't stop him from turning up ... the guys danced away to Lil Dicky's "Freaky Friday." 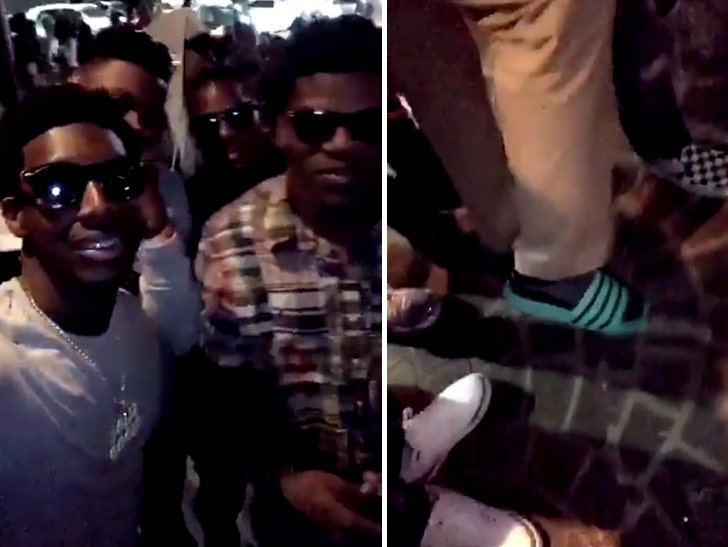 Jackson and Ridley are both in town for the NFLPA Rookie Premiere event ... which is supposed to educate high profile rookies about business moves off the field.

As for Lil Uzi Vert ... dude just likes to party.

By the way, Hyde is one of the most legendary clubs in L.A. -- back in the day, it was the most exclusive place in town ... where the likes of Paris Hilton, Lindsay Lohan and Kim Kardashian would party together. 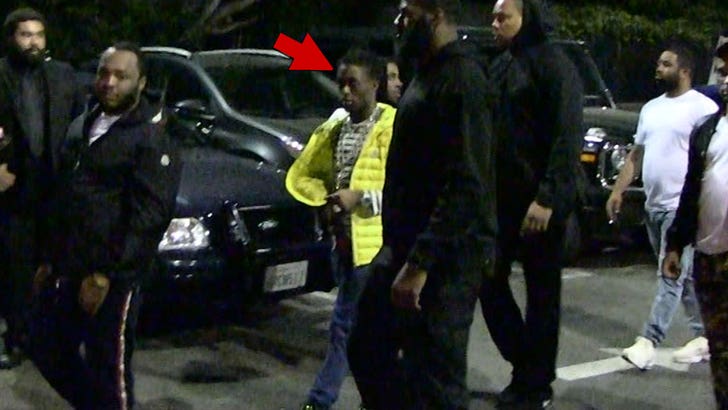 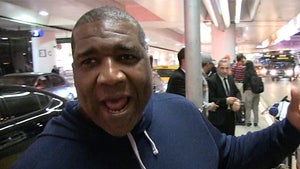