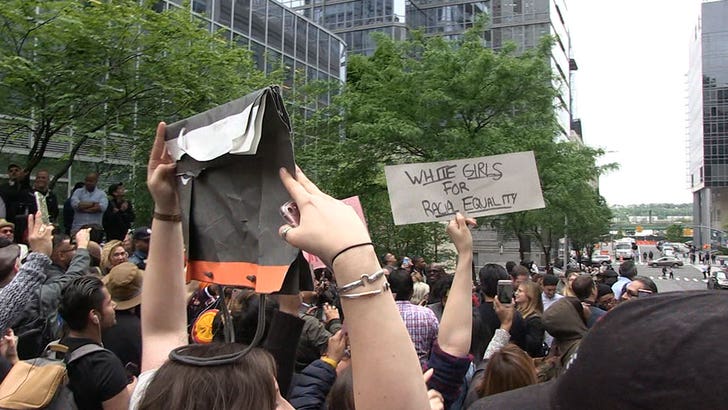 Aaron Schlossberg -- the Manhattan lawyer who went viral for his anti-Latino rant at a sandwich shop -- hasn't been getting much peace and quiet since then ... even at his own apartment.

A group of protesters gathered on the street outside Schlossberg's building Friday and jeered him with signs, chants of "Si Se Puede" (Yes We Can), and Daddy Yankee's "Gasolina."

We're told the owner of nearby restaurant Jade Sixty is the guy who supplied the crowd with Chinese tacos. Other business owners in the area are joining in too -- including the bar American Whiskey, which is offering free tequila shots and blaring tunes in Spanish all night.

It's been a bad week for Schlossberg since the video of him berating Fresh Kitchen employees for speaking Spanish and threatening to call ICE on them went viral. His law firm's Yelp page got spammed with 1-star reviews, his office lease was terminated ... and now this.

Who this this bigot in Midtown Manhattan? What's his name?

Here he is harassing & insulting two women for speaking Spanish...TO EACH OTHER in the middle of Manhattan. 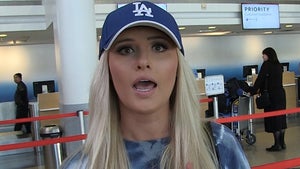 You Might Want to Rethink Exclusive Details Party All The Time Controversial S#!T Music