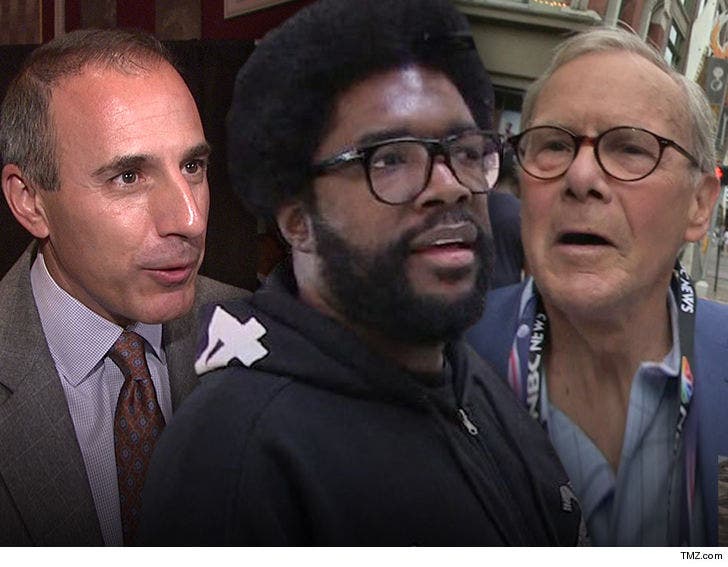 Two white cameramen who are suing NBC -- claiming the network is racist -- allege the network has a pattern of protecting itself and sweeping misconduct under the rug ... and they are pointing to the Tom Brokaw and Matt Lauer cases.

Kurt Decker and Michael Cimino were cameramen on 'The Tonight Show' with Jimmy Fallon, until they got fired for receiving racist text messages from a 'Tonight Show' stagehand. They claim they were singled out by Questlove, the band leader, who protected a black NBC employee who also received the text message, but allegedly told NBC bigwigs to fire the 2 white cameramen. The 2 were fired for not reporting the text messages to their bosses.

They say in new legal docs, obtained by TMZ, there's a culture at the network to cover up misdeeds of some. They raise the Tom Brokaw case where a former NBC correspondent accused him of sexual harassment. Scores of women, many of whom work at NBC, came out in a public show of support.

Decker and Cimino say many of the women were pressured by the network to sign the petition supporting Brokaw. They add the letter was being circulated at the NBC offices and the women feared retaliation if they didn't sign.

They also raise the Matt Lauer case, where they say many employees knew Lauer was a serial sexual harasser, but never reported it. Decker and Cimino say none of those employees were disciplined.

The two former cameramen also say Questlove himself is guilty of racist and misogynistic language and behavior -- especially involving women and people of Asian descent -- yet the network has never disciplined him. 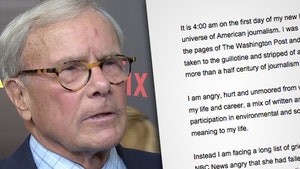 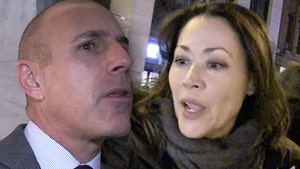