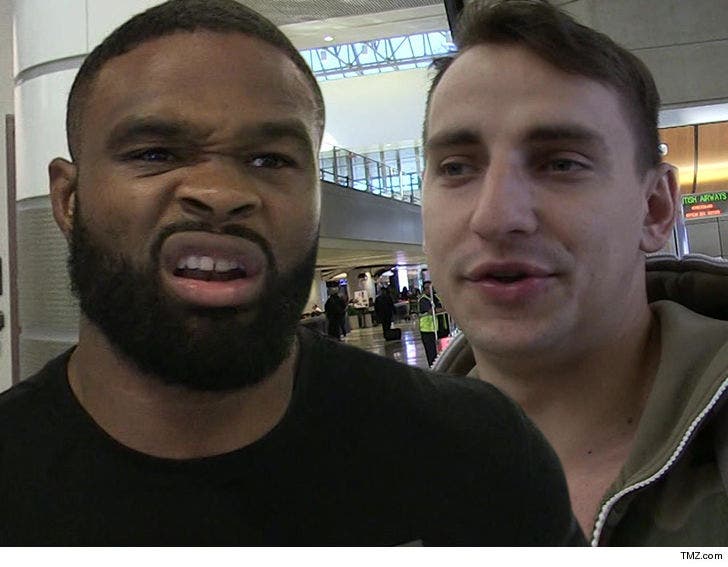 Tyron Woodley came thiiiiiiis close to beating the dog snot out of YouTube star Vitaly when a stupid prank crossed the line ... and Tyron's still fuming about it.

FYI, Vitaly is famous for screwing with big stars like Kim Kardashian -- but when he tried to punk Tyron with an ass-grabbing stunt in L.A., the UFC star says things got really heated.

"His [stunt] almost got him knocked out," Tyron said on "The Hollywood Beatdown."

"I said, 'Do you know who I am? I will knock your ass out in the middle of the street.'"

Don't worry, Tyron let the dude live ... but it's clear he doesn't like the guy.

So, when Vitaly made a racist joke while weighing in on the upcoming KSI vs. Logan Paul fight, Tyron unleashed some of the fury.

There's more ... Tyron revealed some behind the scenes secrets from the new Stallone flick, 'Escape Plan 2' ... and tells us how he got the producers to hire one of his NFL star friends.

And, if you're sick of the Royal Wedding, you're gonna love watching Tyron go in on the British.

Make sure to check out the 'Beatdown' every Friday on the TMZ Sports YouTube page.