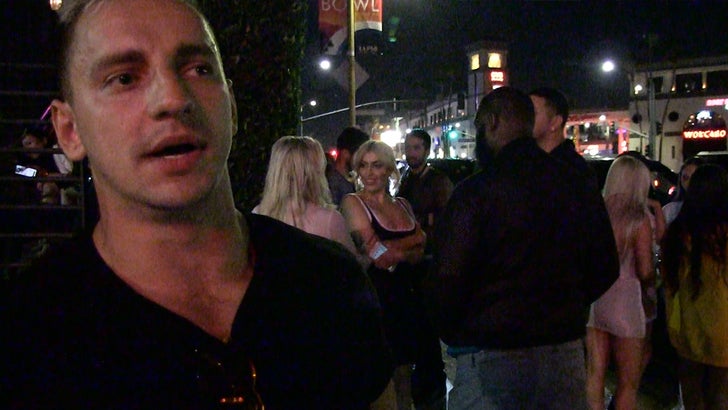 KSI has a REAL shot to beat Logan Paul's ass in the boxing match everyone's talking about ... because he's black ... so says YouTube megastar Vitaly Zdorovetskiy.

Yeah, he really said that.

Was he joking? Maybe ... Vitaly's "thing" is edgy jokes and pranks ... and his humor has helped build 10 MILLION subscribers on YouTube.

So, when we saw him at Hyde in L.A., we had to ask about the KSI vs. Logan Paul showdown ... which is going down for real in Manchester, England on August 25.

Vitaly says he's putting his money on Logan ... but added, "KSI's black so he has a chance."

Sidenote ... Vitaly TRIED to book a fight with KSI before Logan did ... and even called him out back in February. KSI decided to ultimately sign a deal with Logan.

But keep an eye on this guy ... it's possible he could fight KSI (or another social media star) sometime in the future.