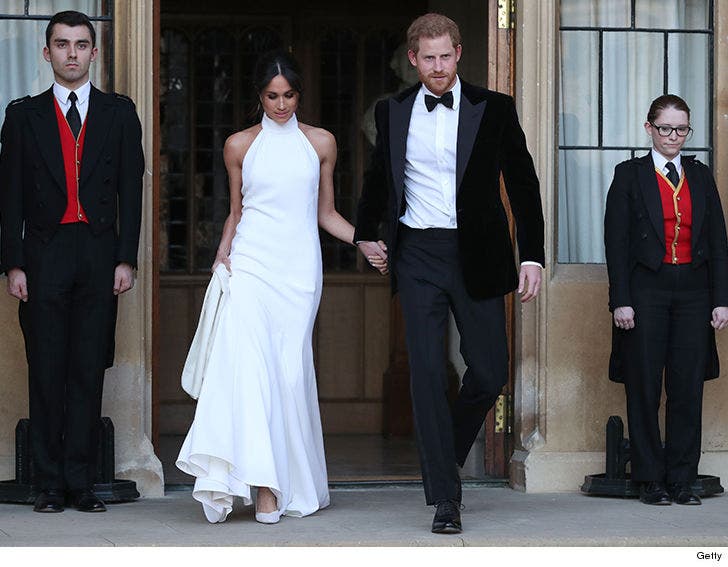 The Duke and Duchess of Sussex are on their way to the more private evening reception following their Royal Wedding, and they're heading there in style ... James Bond style.

Meghan Markle changed out of her wedding dress into a white sleeveless, high-neck gown by Stella McCartney ... while Prince Harry put on a classic black and white tux that screams 007. The newlyweds left Windsor Castle to head to their second reception, hosted by Prince Charles at Frogmore House.

The Duke and Duchess of Sussex depart Windsor Castle for a reception hosted by The Prince of Wales at Frogmore House, in a silver blue Jaguar E-Type Concept Zero. This vehicle was originally manufactured in 1968, and has since been converted to electric power #RoyalWedding pic.twitter.com/hRrxEUlFlJ

To top it all off ... the 2 hopped in Prince Charles' silver blue Jaguar E-Type Concept Zero -- which also gives off some strong Bond vibes -- and Harry drove them to the party.

As we reported ... Meghan and Harry got hitched Saturday morning in a wedding that was dramatic and kind of an awesome break from Royal tradition. 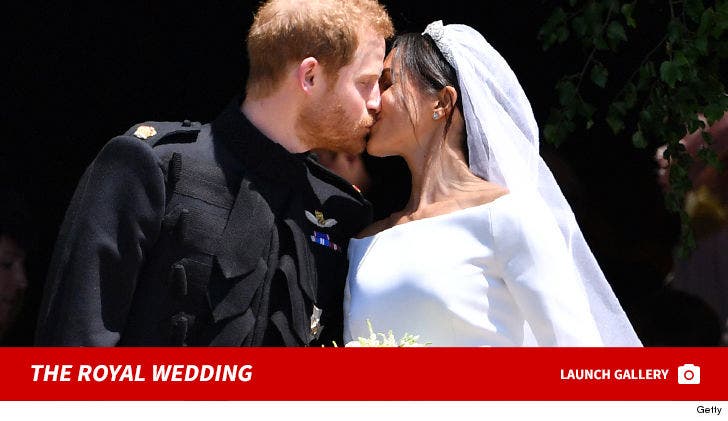 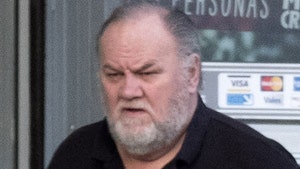 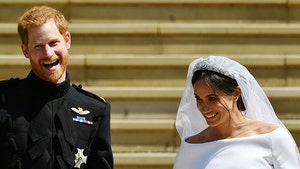