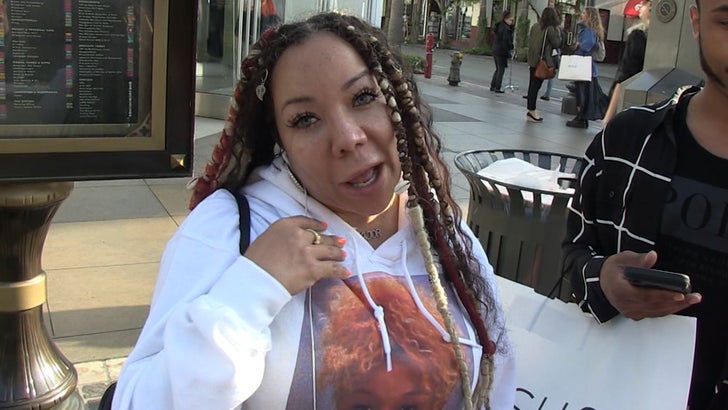 T.I.'s wife, Tiny, doesn't carry the same outrage over the latest incident at Houston's restaurant ... it seems she doesn't want the chain shut down, and not just because the food is delicious.

We got Tiny Tuesday at The Grove in WeHo and she definitely feels the security guard at the restaurant crossed the line when he allegedly dragged the women out of the bathroom, but she doesn't think it was racially motivated since the guard appeared to be African-American.

She believes the security guard should be reprimanded for getting so physical with the ladies and nothing more. She clearly doesn't believe that Malcolm X tactics are appropriate under these circumstances -- something her hubby has clearly embraced. 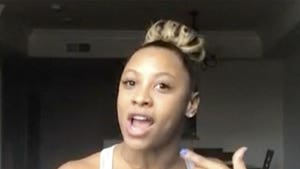 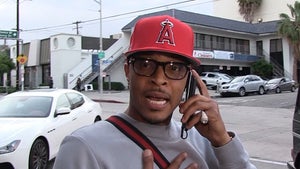