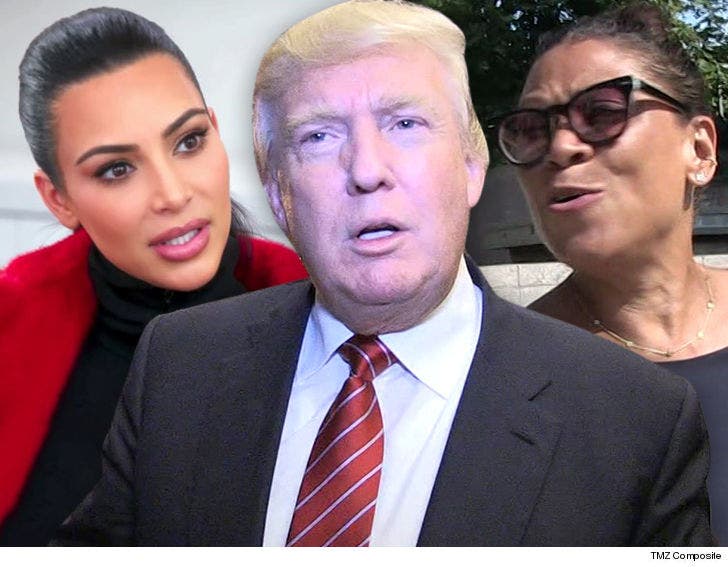 Our sources tell us Kim and her attorney, Shawn Holley, have scheduled a meeting Wednesday with Trump to lobby for to get Johnson's sentence commuted. She's currently serving a life sentence at the Aliceville Correctional Facility in Alabama.

As we reported ... KKW and Shawn have been working with Ivanka Trump and Jared Kushner for months to free Alice, but now the Prez is getting involved directly.

Although Kim was a Hillary Clinton supporter, we're told Trump's on board with helping since Ivanka supports the cause too ... and Kanye's recent public support of him certainly didn't hurt.

Our sources say Kim will make the trip without KUWTK cameras or her sisters.

The 62-year-old great-grandma's case became national news last year when Kim tweeted about it -- she was sentenced to life in prison without parole in 1997 on money laundering and drug conspiracy charges ... her first offense.

Alice wrote Kim a heartfelt thank-you note for pushing hard for her pardon, and she could have a great reason to write another one soon.