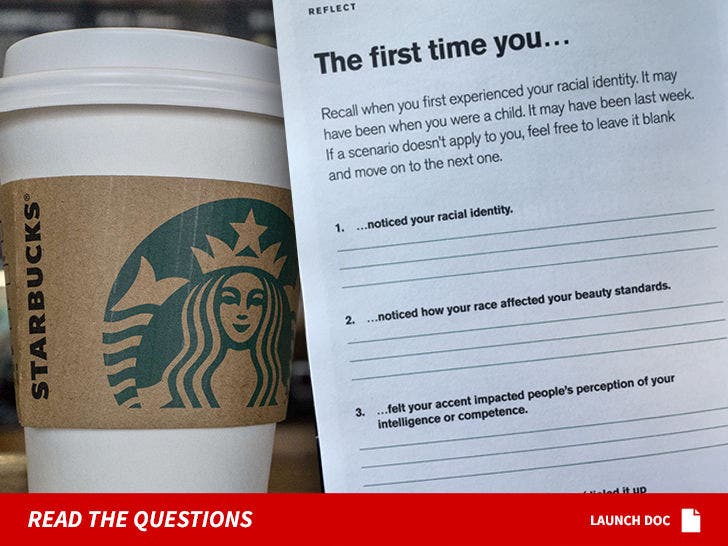 Starbucks held its nationwide anti-racial bias training Tuesday in response to an incident last month in which 2 black men were unjustly arrested in a Philadelphia shop, and we're told some employees felt uncomfortable with the material ... and the presentation.

According to the booklet provided to employees for the training -- obtained by TMZ -- some of the questions were only directed toward people of color ... which we're told made the session feel the opposite of all-inclusive.

For example, one question referred to a person having an accent ... while another focused on going "to work with your natural hair."

Our sources say this limited scope of questions caused many employees to be confused and even upset ... because the questions were not all-inclusive and didn't seem to bridge any gap between races.

We're also told many employees felt the training session -- which lasted roughly 3-4 hours at over 8,000 stores -- was more for show than actually helpful. 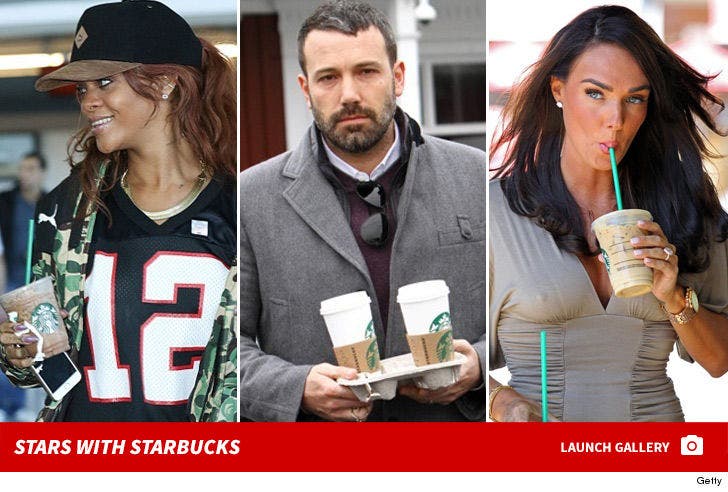 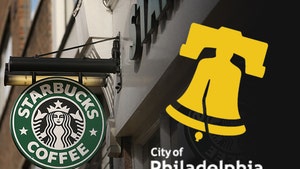 Black Men Arrested at Starbucks Settle with City of Philadelphia