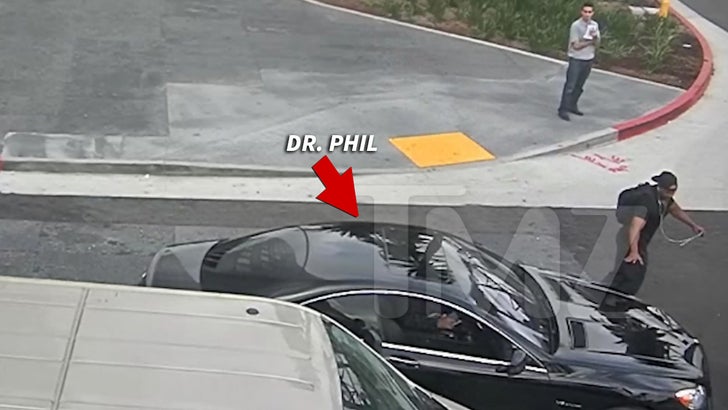 The guy who claims Dr. Phil badly injured him when his car allegedly plowed into him has some explaining to do ... because we got the surveillance video and he didn't seem hurt at all.

TMZ has obtained video of the October incident, which shows Dr. Phil trying to pass a van in front of him on the way out of the Universal Studios parking structure. You see him pull around the van ... coming in contact with the skateboarder.

The impact seems pretty mild -- and the skateboarder was able to get up and shake Dr. Phil's hand. As we previously reported, the skateboarder told Phil he was fine, but after a passerby called paramedics, he told the EMT's he was injured.

As we reported ... the skateboarder was gearing up to sue Dr. Phil, claiming he experienced pain and injuries after the fact. We've reached out to the alleged victim's attorney, John H. Mardoyan, who tells us ... "After viewing the video footage, we have decided to no longer represent Terrence Bembury in the matter." 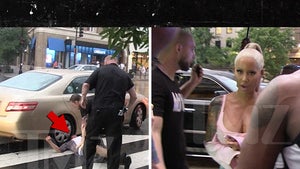