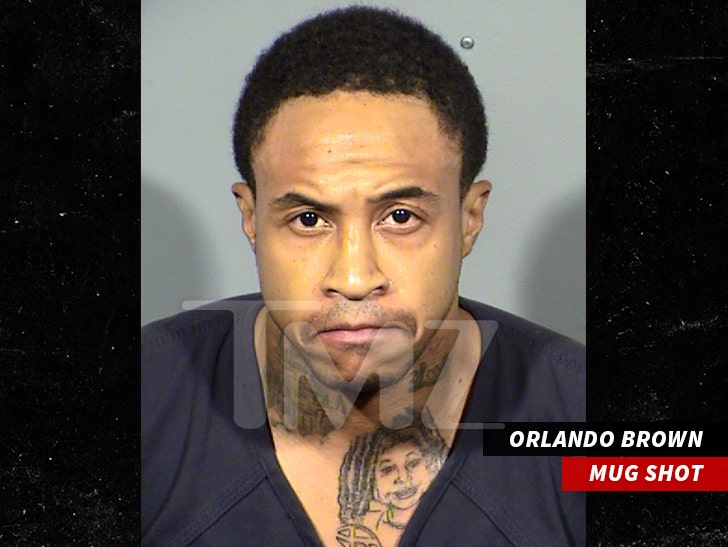 Orlando Brown's been busted again -- this time for narcotics possession -- and has provided another epic mug shot ... featuring some interesting new ink.

The former "That's So Raven" star was arrested Monday afternoon in Las Vegas after cops witnessed him go in and out of a motel in a high drug and prostitution area ... according to law enforcement sources.

We're told cops pulled over the cab Brown got in after he quickly left the motel, and he initially refused to cooperate with cops during the stop ... so he was cuffed.

Our sources say cops found a bag of drugs on Brown -- later determined to be meth -- and a pipe ... and also discovered a warrant out for his arrest for an unrelated domestic violence case.

On the plus side ... the giant neck and chest tattoo Brown got of his former costar, Raven-Symone -- which he was flaunting on social media last week -- is getting more pub, albeit probably not the way he hoped.

As we've covered ... Brown's had a plethora of legal problems the past year, including getting arrested by bounty hunters in his underwear. He told us he plans to sue the men over the incident. 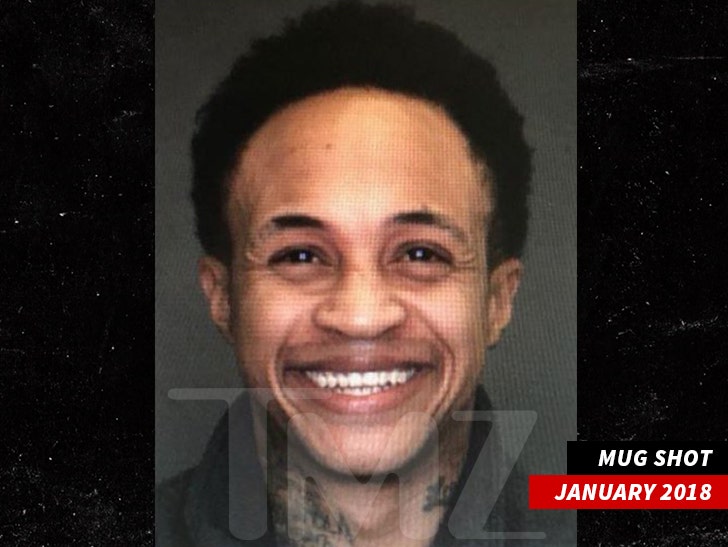 But like we said ... he makes the most of his mug shots.