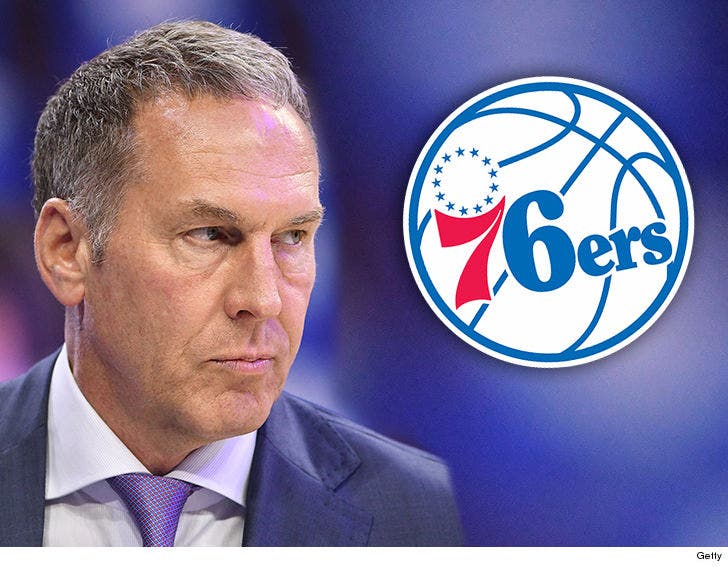 Bryan Colangelo isn't even PRETENDING to defend his wife -- he's dumping ALL of the blame on her ... with no shame.

Colangelo resigned as President of Basketball Operations for the Philadelphia 76ers -- after a private investigation firm found his wife was the person behind several Twitter accounts that published damaging and private info about 76ers players.

Now, Bryan is breaking his silence ... and continuing to dump all blame on his wife, Barbara Bottini.

"While I am grateful that the independent investigation conducted by the 76ers has confirmed that I had no knowledge of or involvement in the Twitter activity conducted by my wife, I vigorously dispute the allegation that my conduct was in any way reckless."

"At no point did I ever purposefully or directly share any sensitive, non-public, club-related information with her."

"Her actions were a seriously misguided effort to publicly defend and support me, and while I recognize how inappropriate these actions were, she acted independently and without my knowledge or consent."

Bryan also says his wife was a bad leaker, at that ...

"Further, the content she shared was filled with inaccuracies and conjecture which in no way represent my own views or opinions. While this was obviously a mistake, we are a family and we will work through this together."

"Although I am not directly responsible for the actions, I regret this incident occurred and understand that it has become a distraction for the team. Therefore, the organization and I have mutually agreed to part ways." 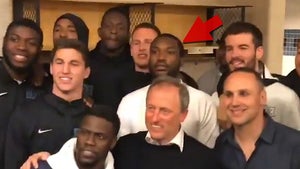