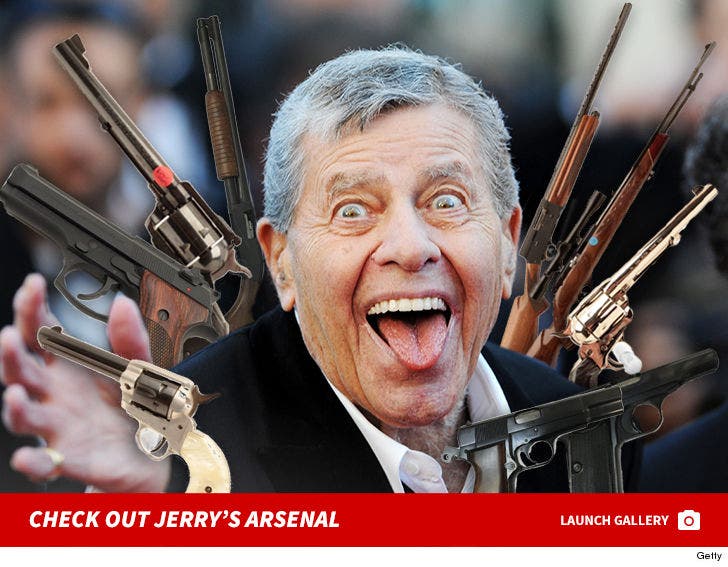 Did you know ... Jerry Lewis had enough guns in his private collection to arm an entire militia?!

It's true ... and now his entire arsenal -- from pump action shotguns to civil war pistols -- are all hitting the auction block.

73 firearms in total ... with some of the weapons starting in the 5-figure range at the Julian's Auction event in Vegas on June 22.

Some of the guns were gifts from other celebrities and contain inscriptions on the handle.

Other guns were personalized with Jerry's initials. One handgun featured an artistic rendering of Jerry's signature on the butt.

Fun Fact: did you know ... Jerry was a quick draw artist and was once known as one of the fastest draws in Hollywood.

He even gave lessons in quick draw back in the day. 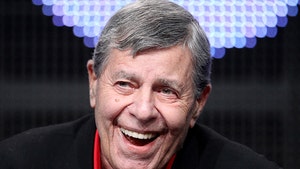 Jerry Lewis Cause of Death, His Heart Gave Out