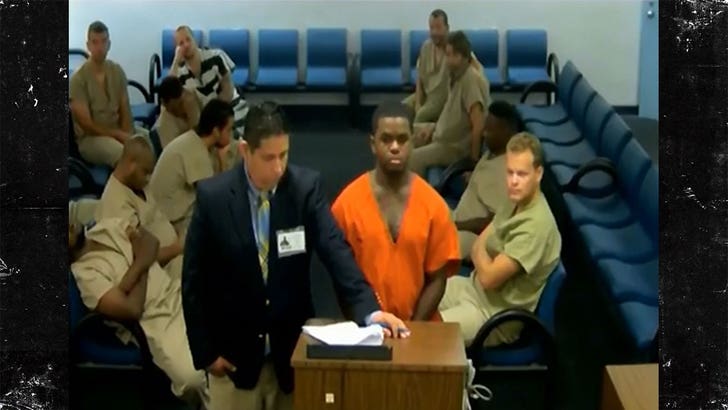 Williams just went before the judge at the Broward County Courthouse -- he's being charged with 1 count of first-degree murder and held without bond due to probable cause. He's also been hit with a probation violation stemming from a 2014 case, and will appear in court Monday for that.

As we reported ... Williams was arrested Wednesday night in South Florida and booked for first-degree murder by the Sheriff's Dept. He has previous arrests for cocaine possession, weapons possession, domestic violence, aggravated assault with a firearm and grand theft auto.

As we first reported, cops believe there are 2 more people involved in XXX's murder -- a judge has already signed 2 other arrest warrants. As far as we know, those 2 suspects have not been taken into custody yet.

XXXTentacion was gunned down Monday afternoon in broad daylight as he sat in his car outside of a motorcycle dealer. Cops have also gathered surveillance footage to aid in their investigation.