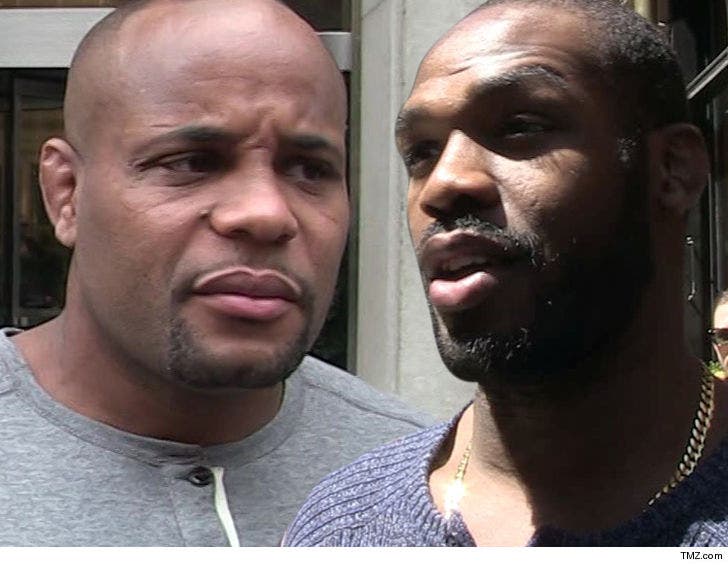 The shots just keep on coming between Daniel Cormier and Jon Jones ... now, the UFC rivals are getting SUPER personal in new public attacks on each other.

"Sit back and watch me be great, you steroid cheat."

Don't worry, it gets a lot worse ... but first, some context.

The two have hated each other (in real life) for years -- but Cormier touched a nerve last week during a conversation about who's in the running for the G.O.A.T. in UFC.

Cormier suggested he should be considered. Jones mocked him for that. Cormier says he ignored Jones because the guy is suspended for PEDs and doesn't have a "platform" to join the debate.

Jones responded by saying, "I don’t have a platform DC? That just sounds dumb."

He continued by bringing Cormier's WIFE into the conversation.

"Even after years of suspension I have just as much if not more of a platform than you. Every win you get goes on my resume, You know who you dream about at night. I’m sure your wife knows too."

Cormier didn't like that and fired back on Twitter -- "Let’s not talk about wives man. Come on, I’m sure with all the shit you’ve done I could get a conversation from your wife. I mean from your girlfriend ,baby mama?"

Look, we've spoken with multiple people connected to both of these guys who tell us it ain't an act to promote a fight -- they hate each other's guts to death.

And since JJ is suspended without a return date firmed up, it's unclear whether the two will ever fight in the Octagon ever again. 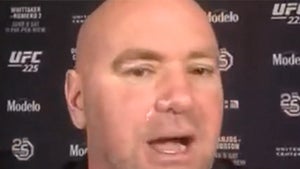 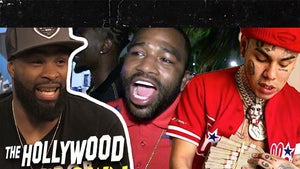