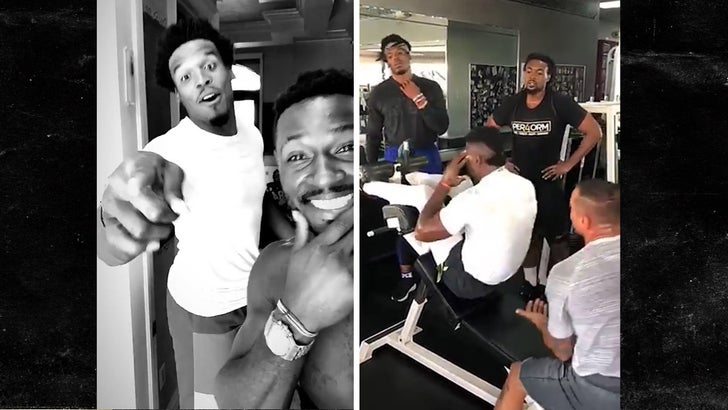 Antonio Brown and Cam Newton worked out with each other in Miami this week ... and as the Panthers star QB put it -- there was "so much swag and juice" on the videos of it all ... "your phone probably leakin' right now!!"

Before you get ahead of yourself ... Cam's in the middle of a monster 5-year deal with Carolina, and A.B.'s in a huge 4-year contract of his own with the Steelers ... so this ain't a preview of anything.

But still ... it's one of the top QBs in the NFL with the best wideout in the game ... and it's awesome to see. 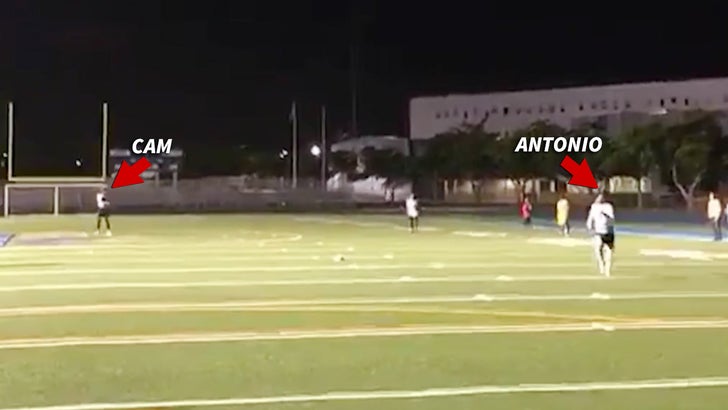 If you're unfamiliar ... A.B.'s been in Florida this offseason, grinding away with a crazy trainer -- and he's had fellow NFLers tag along sometimes. This week was Cam's turn.

They banged out abs with weights ... then hit the football field, where Newton dropped some heavy long balls to the Pittsburgh wideout.

Sadly ... unless A.B. posts more clips these next few weeks -- you won't see this on a football field again, 'cause there's no way in hell their teams are trading them away. 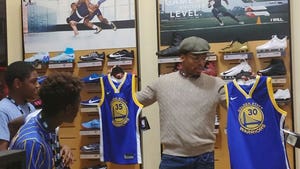 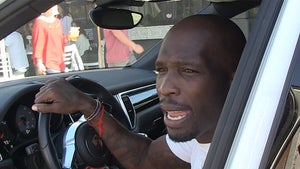